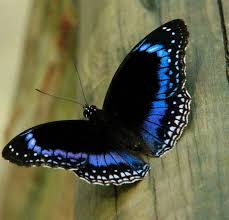 He was born in Aurora, IL, on May 17, 1924.  He was preceded in death by his parents, Bernard and Frances Hallisey and his brother, Joseph Hallisey.

Robert proudly served in both the US Navy and Army during WWII, the Korean War, and the Vietnam War.  During his time in the service, he earned a Bronze Star along with many other commendations.

Robert will be laid to rest at a private service at Sandhills State Veterans Cemetery.

In lieu of flowers the family requests that donations be made to St. Jude’s Children’s Hospital, 262 Danny Thomas Pl, Memphis, TN 38105.

To send flowers to the family or plant a tree in memory of Robert Eugene Hallisey, please visit our floral store.

You can still show your support by sending flowers directly to the family, or by planting a memorial tree in the memory of Robert Eugene Hallisey
Share a memory
© 2020 Sullivan's Highland Funeral Service & Crematory, Inc.. All Rights Reserved. Funeral Home website by CFS & TA | Privacy Policy | Terms of Use