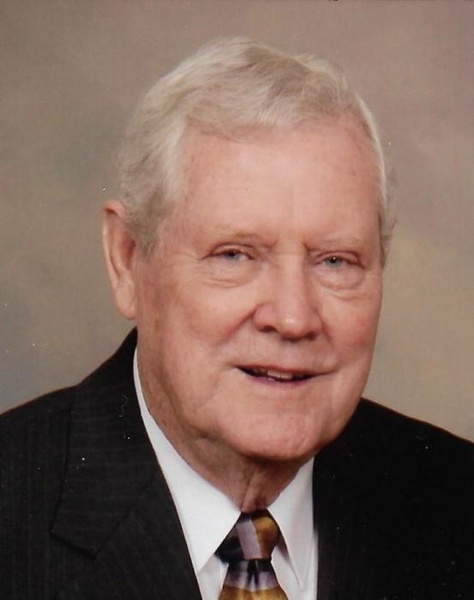 William Robert (Bobby) Hawley Sr, 87 of Fayetteville NC joined his family in heaven on Thursday, October  11, 2018. With a loving family by his side, Bobby left this earthly home peacefully and has now seen Jesus his Savior face to face.

Bobby was married to Barbara Warren on Dec 6, 1952 and was a faithful and loving husband for 65 years.  They were life partners as well as business partners and traveled the world together visiting over 50 countries.   Bobby leaves a legacy of being a devout Christian who was very giving to his family, friends, community and church.  Bobby was a respected and successful businessman and entrepreneur.   His dream of opening a bike shop dates back to when he was 12.  He bought 4 bikes from a man for $10 with money he had saved from his first job delivering and selling newspapers.  He repaired the 4 bikes and sold them for $10 each.   Over the years he continued working, growing and saving money from his newspaper route to purchase land and build his dream.  In 1964, with his wife Barbara by his side they opened Hawley’s Cycle and Camping Center on Raeford Road.   The childhood repairs were the starting point for a family business operation that included all 4 sons, and eventually included Hawley’s Bicycle World in the original location on Raeford Rd; Hawley’s Camping Center in Fayetteville, Garner and Wilmington; Hawley’s Bicycle World in Columbia SC; and The Hawley Company in Lexington SC.   Methodist College named Bobby and Barbara Hawley co-recipients of the Small Business Excellence Award in 1997.   Bobby loved attending UNC football and basketball games, traveling in his motorhome, spending time with his grandkids, watching Hallmark movies, gardening, working Sudokus and jigsaw puzzles.  He leaves us with wonderful memories, and his impact and influence on our lives will forever be felt.

Bobby served in the Air Force from 1951-1954 and was stationed at Scotts Field Ill, Pope AFB, and Bitburg, Germany.  He was an active member of Aaron Lakes Baptist; former deacon at Village Drive Baptist; was a founding member of Pearce’s Mill Fire Station; a founder and board member of the former Highland Savings and Loan; supporter of the Association of the United States Army, YMCA, Salvation Army, and the Endowment Scholarship programs at Methodist College and with the UNC Educational Foundation.

A visitation with the family will be held on Sunday, October 14, 2018 from 5:00 pm to 7:00 pm at Sullivan's Highland Funeral Service.  The Celebration of Life service will be at 1:00 pm at Arran Lake Baptist Church in the Family Life Center on Monday, October 15, 2018.

To order memorial trees or send flowers to the family in memory of William Robert (Bobby) Hawley Sr., please visit our flower store.