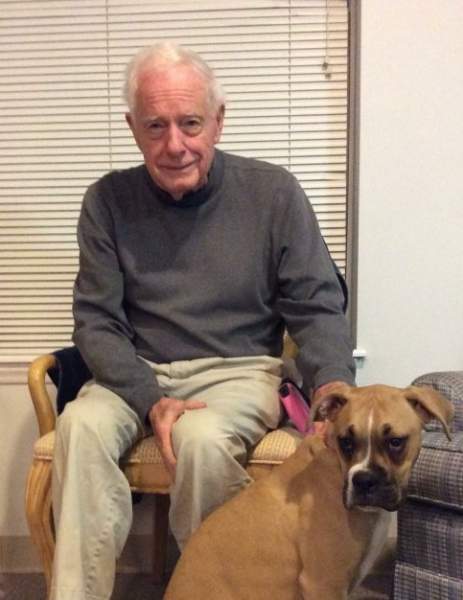 William "Bill" R. Wright, passed away on July 16, 2018, five days before his 87th birthday. There are not enough words to describe this Journalist, avid reader and truly a Southern Gentleman.  Bill, in spite of his struggles most of his life, with Tourette's Syndrome and at times severe depression, seemed to take it in stride and enjoy all that life had to offer.  He was a journalist for several newspapers across North Carolina and before his retirement, worked for The Fayetteville Observer for about 30 years.  After his retirement from the Observer he enjoyed golf, music and reading - anything from the newspapers to Churchill and Shakespeare.

Bill was a member of the Highland Presbyterian Church for many years, where he thoroughly enjoyed singing in the choir there.  He leaves behind one son, Richard Wright (Joanna) Of  Fayetteville, one sister, Patsy W. Gomez, of Naples, Florida, two brothers: Milton D. Wright (Judy) of Cary N. C. and Bradford Wright (Sylvia) of Knoxville, Tennessee., several nieces and nephews.  He is predeceased by his wife, Elizabeth Eskridge Wright, parents, Mr. & Mrs. G. E. Wright of Shelby, N. C., his oldest brother, J. Douglas Wright, Winston Salem, N.C.  and a sister, Mary Wright Garver, also of Shelby, N. C.

To order memorial trees or send flowers to the family in memory of William "Bill" R. Wright, please visit our flower store.