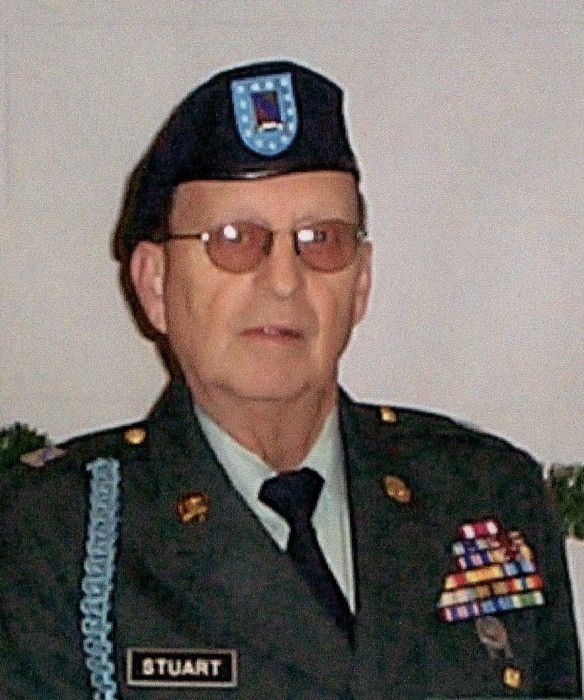 He was born on June 19, 1944 in Moore County, NC to the late Leonard and Oralee Stuart.

He served his country for over 30 years in the military. He was a Vietnam War Veteran receiving numerous medals and commendations.

He was a devoted member of Walstone Memorial Baptist church where he served an usher, Sunday school, teacher, and a deacon.

He was preceded in death by an infant son Aaron Patrick Stuart.

He is survived by his loving wife of almost 49 years Linda Kennedy Stuart, of the home; one daughter Amanda Lynn Campbell, of Walterboro, SC; one son Wayne Stuart, and wife Ginger, of Goose Creek, SC; one sister Deborah Stuart, of Waxhaw, NC.

The family will receive friends on Friday, February 28, 2020 from 5:00 PM until 7:00 PM at Sullivan’s Highland Funeral Service. Funeral services will be held at 2:00 PM on Saturday, February 29, 2020 at Walstone Memorial Baptist Church with Rev. Ron Bean officiating.

Burial will follow at Lafayette Memorial Park with the rendering of military honors and masonic rites.

In lieu of flowers memorial contributions may be made to Shriners Hospitals for Children Attn: Office of Development 2900 N. Rocky Point Dr. Tampa, FL 33607.

Online condolences may be expressed at www.sullivanshighland.com. Services are entrusted to Sullivan’s Highland Funeral Service & Crematory.