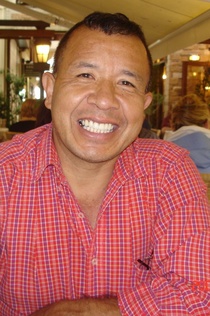 He was born in Cajabamba, Peru, on April 19, 1957, to the late Alfonso Johanson Fuentes and Maria Pelaez de Johanson.

He enjoyed spending time with his two granddaughters Sayuri and Isabella, playing and watching soccer, travelling with his wife, and collecting Hard Rock T-shirts from around the world.  Jose was always willing to help others without expecting anything in return. You would always find him smiling, telling jokes, and enjoying life to the fullest surrounded by his family and friends.

The family will receive friends on Tuesday, March 21, 2017 from 4:00 p.m. until 6:00 p.m. followed by a prayer service and sharing of stories of Jose at Sullivanâ€™s Highland Funeral Service.   Burial services, with the rendering of full military honors, will be held at Sandhills State Veterans Cemetery on Thursday, March 23, 2017 at noon.