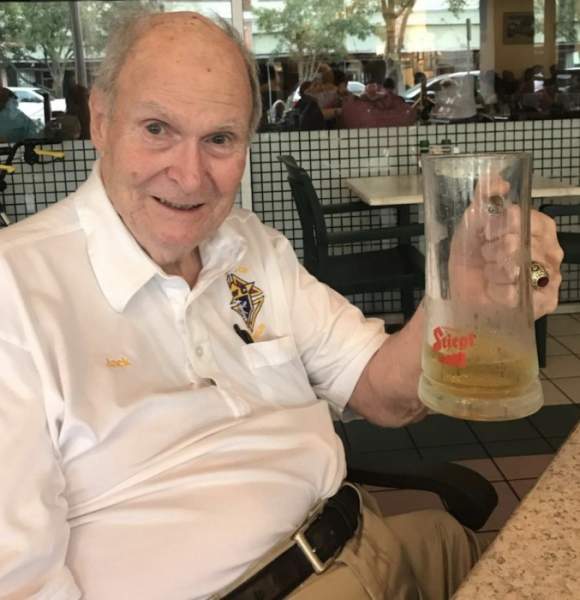 He is survived by his three children, Sara, Patrick and John III and their spouses, Steven Walcek, Cynthia McCloskey and Vickie Buckland, respectively.  His children are grateful for their father's guidance to seek education and culture to enrich their lives in many ways.  Jack is also survived by his four grandchildren, MacKenzie Lender, Kristin, Marianne and Owen.  His wife of 50 years, Judith, predeceased Jack in 2010.

A descendant of Irish immigrants, Jack was born in the Pittsburgh suburb of Braddock, Pennsylvania and raised in the neighboring town of Swissvale. A devoted Pirates and Steelers fan, Jack remained proud of his Pittsburgh heritage throughout his life.

After beginning his studies at the University of Pittsburgh, Jack received an appointment to attend the United States Military Academy at West Point where he graduated with the Class of 1955. President Dwight Eisenhower delivered the commencement address and personally handed each cadet his diploma with a salute and handshake. This sendoff from a sitting U.S. President marked the beginning of Jack’s career with the U.S. Army and the Army Reserve.

Over the years, Jack enjoyed keeping himself busy with the West Point Alumni Association, the Reserve Officers Association, the Knights of Columbus, the Cape Fear Railroaders Club, and church activities. Inspired by his Irish heritage, he developed a passion for genealogy research. He spent many years tracing his ancestry to the Emerald Isle, which he visited on two separate trips.

Jack was very passionate about music, especially the music of the Big Band era, and he shared his love of music freely with everyone in his life. His children can certainly trace their love of music from his extensive record collection that provided the soundtrack to their formative years.

After living in Fayetteville, NC for more than 30 years, he moved to Sanford, FL in 2017 to be near his daughter, Sara.

The family will receive visitors on Friday, January 24 at 11:30 AM at Saint Elizabeth Ann Seton Catholic Church, 1000 Andrews Road, Fayetteville, NC 28311, (910) 488-1797. A traditional Catholic funeral service will be held at 12:30 PM, followed by a graveside service at 2:00 PM at Sandhills State Veterans Cemetery, Fort Bragg, NC. A luncheon will be served at the church after the graveside service.