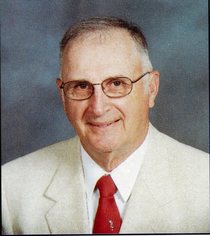 He was born on July 29, 1941 in Puerto Rico.  Preceding him in death are his parents Harold and Anna Taylor; wife, Faye; and brother, Robert Taylor.

He proudly served 20 years in the Air Force including time during the Vietnam War.  After his retirement he worked with Black & Decker and the Ft. Bragg Commissary.  He greatly enjoyed fishing, camping, and hunting.

Gilbert is survived by his very special friend of many years, Joan Elliott; sister-in-law, Kay Taylor; and many uncles, nieces, nephews, and cousins.

A funeral service officiated by Rev. John Cook, is planned for 2pm on Monday, March 27, 2017 at Snyder Memorial Baptist Church.  Friends will be greeted from 12:30pm to 1:45pm in the Gathering Hall.  Interment will be at 10am on Wednesday, March 29, 2017 at Sandhills State Veterans Cemetery.