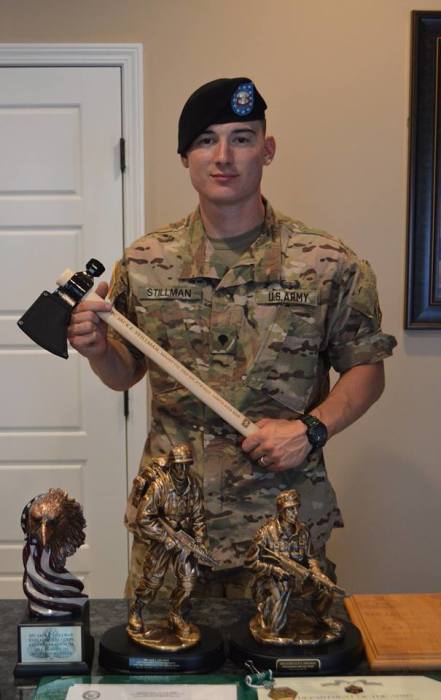 SGT Stillman was born and raised in Cleveland OH to Kelly and Patricia Stillman.

He married his high school sweetheart, Alina, and have two sons Aiden (6) and Jackson (5).

He joined the U.S. Army January 21st, 2014 after graduating high school. He was stationed at Fort Bragg.  He earned the Army Achievement Medal and the Army Commendation Medal during his career and joined the ranks of the NCO Corps within three years of enlisting. SGT Stillman’s legacy of hard work and family values will be remembered by all who knew him.

He is survived by his wife, sons, parents, elder sisters Corrine and Nicole, parents-in-law, sister-in-law, brother-in-law, extended family, countless friends and supporters around the world.

To order memorial trees or send flowers to the family in memory of U. S. Army SGT Jack Edward Stillman, please visit our flower store.
Send a Sympathy Card