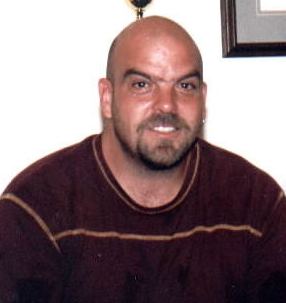 Turner was born on May 11, 1969 in Charlotte, North Carolina to Daniel Clayton Griffin, Jr. and Jency Ann Wellons Griffin. Charlotte was his home until 1978 when his family moved to Fayetteville.

He was a 1987 graduate of Fayetteville Terry Sanford High School. After graduation he served in the U.S. Coast Guard. Upon leaving the Coast Guard, he attended Fayetteville Technical Community College where he received an Associate in Science degree.

Turner was a successful business owner and partner in Fayetteville. He was a lifelong member of MacPherson Presbyterian Church, where he attended Boy Scouts as a youth. In 1987 he earned the prestigious rank of Eagle Scout.

Turner was known to many and loved by all. He had a winning way about him, and a smile and laugh which were infectious. He had a huge, loving heart, and was happiest when he was helping others. He volunteered in his community, helped coach his nephew’s youth football team and provided his services wherever they were needed, never asking anything in return. His many acts of kindness have been remembered throughout the years. Turner’s favorite place to relax and where he longed to retire one day was the beach. He was an avid dog lover, often known to adopt stray animals.

In order to celebrate Turner’s life to the fullest, a memorial service will be held when friends and family can gather safely.

Memorial donations may be made to the Fayetteville Animal Protection Society, P.O. Box 58195, Fayetteville, NC 28305, or a charity of your choice.

To order memorial trees or send flowers to the family in memory of Turner Wellons Griffin, please visit our flower store.
Send a Sympathy Card