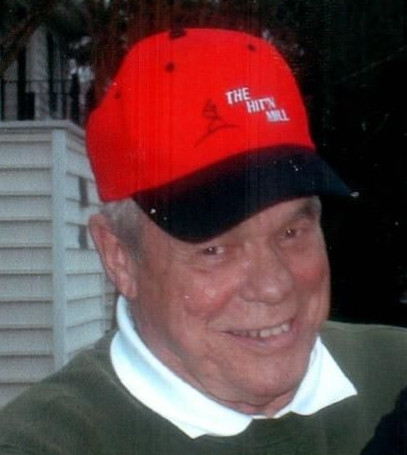 On Sunday, March 27th 2022, Thomas Earl Baxley, Sr., aged 73, left this world to join his heavenly father in his eternal home and resting place. Thomas was born on April 19th, 1948, in Fayetteville, North Carolina, to his beloved mother, the late Lois Tyndall Jackson and he grew to love and respect his late step-father Charlie “Doc” Jackson. He was better known as “Tom” or “Tommy” to his friends and his family; but to those who loved him most he was Son, Brother, Dad, Uncle and Papa.

He is survived by his son, Thomas Earl Baxley, Jr. and wife Melva Moreno of Houston TX; his daughter Tamatha Ann Baxley and husband Jay Dewayne Dowell of Greenville NC; three grandsons Samuel Baxley, Elijah Baxley and Zander Dowell; two brothers Lannie M. Ellis of Fayetteville NC and Robert C. Baxley, Jr. of Wilmington NC; a sister Rebecca B. Massengill of Fayetteville NC; several nieces and nephews and great-nieces and great-nephews. His influence will be felt for years to come. He was preceded in death by his brothers Theodore D. Ellis, William V. Ellis, James F. Baxley and sister Linda G. Hudson. Tom loved his family and his mama most of all.

Tom grew up in and around Cross Creek Court and at an early age he found pleasure in playing by the creek side with his brothers, sisters and friends. He was also very athletic in his youth and liked to swim and dive, and he also played softball and basketball. He spent time at Layman Street Pool where he was a member of the swim team, and he worked at Massey Hill Recreation Center as a gymnastics instructor. Even as a youngster, Tom was very charismatic and full of warmth such that he was often teacher’s pet, and that charisma and warmth were traits that he carried throughout his life. He loved music and dancing, especially oldies and shag.

Tom was a graduate of Massey Hill High School, Class of 1966 and was drafted into the U.S. Army in 1967 during the Vietnam War. He was not only a Vietnam Veteran, but also served in Korea, once from 1972-73 and again 1975-76. Tom was honorably discharged from the U.S. Army after almost 12 years of service and received the Vietnam Cross of Gallentry, the Army Commendation Medal and Meritorious Unit Commendation. After leaving the Army, Tom had a myriad of jobs including working as a foreman for Armco Steel in Houston TX, he was an independent truck driver, cable installer, manager of a gas and propane store, a properties manager for military housing at Ft. Bragg, a terminal operator at a cement company, and lastly a truck broker at Rocky Mountain Express in St. Pauls NC from which he had retired. He truly was a jack of all trades.

Tom was an all-around handyman and was leaned upon by friends and family as an auto mechanic, electrician, and plumber. He had a true gift for figuring out how things worked. Playing billiards came naturally to Tom but he truly loved to watch and play his favorite sport of golf. He taught both his son and daughter how to swing clubs. He had been an active member of Scothurst Golf Club and spend many weekends playing 36 holes with his buddies. His pals included Dewey Shipman, Frank Jackson, Trent Palmer, Todd Shouse, Ronnie and Gary Shipman. Tom was friend to everyone.

Special thanks to his friend and brother Lannie Ellis and his best friend Dewey Shipman who had weekly poker games with Tom; to Bobby Caudle who lived just down the road from Tom and was a good friend to him. Also, special thanks to lifelong friends James Peterson and Tryon Lancaster and to numerous others.

Visitation will be held at Sullivan’s Highland Funeral Service at 610 Ramsey Street Fayetteville NC on Saturday, April 02, 2022 from 1-2pm. The funeral service will immediately follow starting at 2pm. A military burial will take place at Cumberland Memorial Gardens at 4509 Raeford Road Fayetteville NC at 3pm. Friends and family can also be received at the home of his sister Rebecca B Massengill on Friday April 01, 2022 from 6-8pm.