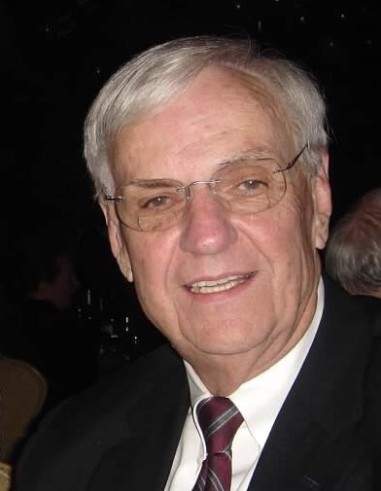 Thomas Wade Anders, 78, of Fayetteville, passed away on Friday, December 28, 2018, at SECU Hospice House in Smithfield.

He was born in Atkinson, Pender County on September 26, 1940, to the late Leon and Grey Anders.  Preceding him in death was his wife, Maxine.

Wade was a proud resident of the state of North Carolina and had overwhelming knowledge of state and local politics.

His career in law enforcement spanned over fifty years and began as a Deputy Sheriff with the Cumberland County Sheriff’s office which quickly transitioned to a detective. After leaving the sheriff’s office he joined the State Bureau of Investigation as a special agent which proved to be his natural calling. It allowed him the opportunity to work with several of the state’s governors and lieutenant governors. He continued his career in Raleigh as Deputy Director of the Department of Motor Vehicles Law Enforcement Division. After bringing his career back to Fayetteville, he served once again in the Cumberland County Sheriff’s Office as a Major. Even after retirement he continued serving his state as a Sargent of Arms at the General Assembly in Raleigh.

Wade was a lifelong Mason and Shriner, enjoyed a close group of friends, loved his family, thoroughly enjoyed music and after finally retiring for good, riding his dog around town in his truck.

The family wishes to extend their gratitude to the many caregivers that went above and beyond caring, especially Tausha Brown. They also wish to acknowledge the SECU Hospice House in Smithfield who has treated and cared for three of our family members with exceptional care. In lieu of flowers, donations can be made to the SECU Hospice House, 426 Hospital Rd, Smithfield, NC 27577 or First Presbyterian Church, 102 Ann St, Fayetteville, NC 28301.

The family will receive friends from 10am to 11am on Wednesday, January 2, 2019, at First Presbyterian Church.  His memorial service will follow at 11am.  Wade will be laid to rest at Lafayette Memorial Park immediately following the service.

To order memorial trees or send flowers to the family in memory of T. Wade Anders, please visit our flower store.