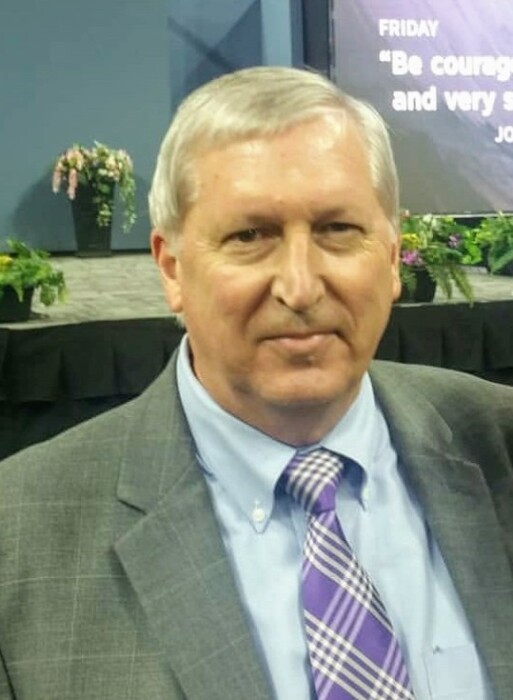 Steve was born February 27, 1954, at Womack Army Hospital to the late Moody and Betty Turbiville. On March 6, 1976 he married the love of his life, Carolyn. They were happily married 44 years. He was baptized as one of Jehovah’s Witnesses in 1976 and worshipped with the Hope Mills Congregation. Steve loved his family, friends, and music. He enjoyed playing the guitar and writing songs, and was known to be a jokester. He made a lasting impression on those he met. He will be truly missed.

Steve spent most of his school years in Cumberland County with a quick trip to England and Germany during grade school. When Douglas Byrd High School opened he and his sister, Joni, were Seniors and were given the choice to continue at Seventy-First or go to the new school. They chose going to Byrd because it was close enough from home to walk. After high school he worked various jobs, spending many years as the office manager of C & C Top Shop. He spent the last 15 years with the Cumberland County School System, Transportation Department as Dispatcher and helping to implement many of the new GPS systems for the buses.

Steve was a hard-working, quiet and unassuming guy, a man of few words but always observant. His varied interest from cars and racing to music and the Bible put him in touch with many types of people young and old. They all could identify with him in one way or another. Being quiet and assuming he could get away with things others could not from pranking the ladies in the Transportation Department to relentlessly tormenting all the grandchildren, nieces and nephews. They all “loved and loathed” being teased and tormented by him as one nephew put it. The kids thought he was the epitome of cool. He had favorite names for family and friends and no matter how much they protested, they felt special because he had given them a special name.

Unknown to many people, Steve was a serious student of the Bible, having been taught from an early age by his mother to love and respect the Bible.

Having been in England prior to The Beatles making their U.S. debut and watching them on local television, he decided that he had to become a guitar player. He taught himself to play the guitar and many happy hours were spent with family and friends playing music, arguing over the songs to sing and what key to use. This love continued all his days.

He will be greatly missed by first of all his loving wife and family but also by lifelong friends and past and present workmates. Truly one of a kind.

To order memorial trees or send flowers to the family in memory of Steve Turbiville, please visit our flower store.
Send a Sympathy Card