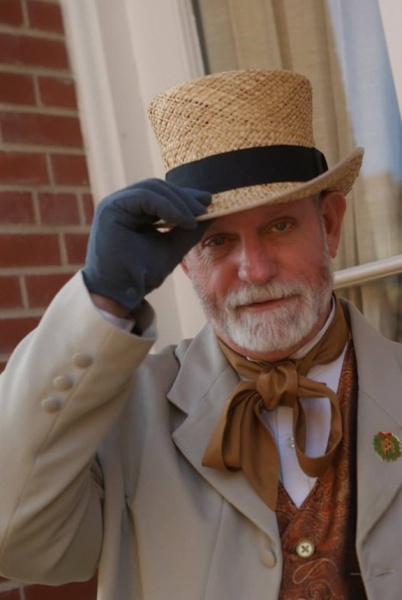 George Wilson “Skip” Baker, age 70, passed away Nov. 1 after a lengthy illness. Born in San Antonio, Texas, Skip was afforded the opportunity to travel the world and live in many places, as a child with his military family and later in life in his own Air Force Career. Skip attained the rank of Master Sergeant and served as a PARARESCUE soldier. He also served on a MEDIVAC plane, attending to injured soldiers and seeing to their safe return to a military hospital. After his retirement from the Air Force, he settled in Sacramento, CA, where he worked as an orthopedic technician at Mercy General Hospital. Skip was a woodworker and was a member of the Sacramento Woodworking Society. He volunteered regularly at Loaves and Fishes Soup Kitchen in Old Sacramento. He also served as the hospitality host at his church, Fremont Presbyterian Church, serving coffee and pastries and welcoming congregants and visitors. Skip had a love for times past, and participated as a docent in Old Sacramento, dressing the part in period cowboy attire. He was a member of SAS (Single Action Shooting Club). He collected current and period firearms. Another passion was horses and horseback riding. An avid outdoorsman, he kayaked, biked and hiked.

In 2014, Skip’s health declined and doctors discovered that he had the rare disease Supra Nuclear Palsy. No longer able to live alone, he moved to North Carolina to be with his sister Linda. He served as the hospitality host at Spring Lane Assembly church in Sanford, greeting all with a warm smile and handshake, and offering coffee and pastries. He regularly volunteered at the Christians United Outreach Center, until his illness made this no longer possible. This disease sadly slowly took his independence but it never broke his spirit. At the time of he death, he resided in the North Carolina State Veterans Home in Fayetteville, NC.

The family would like to thank to all who loved and cared for Skip through his illness. A special thanks goes out to the Hospice Staff for helping Skip and his family through such difficult times.

To order memorial trees or send flowers to the family in memory of Skip Baker, please visit our flower store.