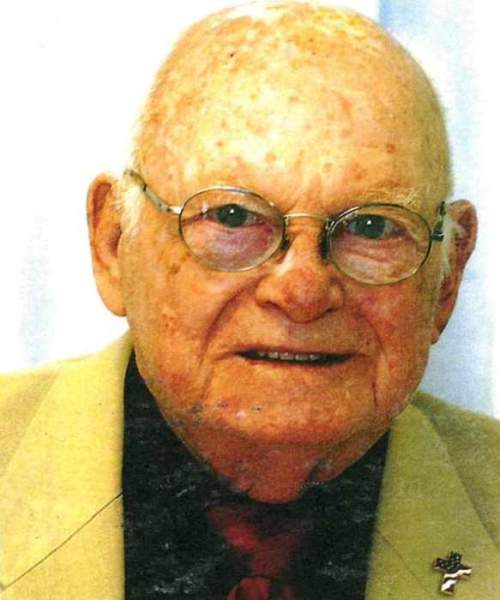 He joined the U.S. Navy in February 1942 through December 1945.  A Gunners'  Mate on Mate on Merchant Marine ships in World War II, he traveled from the Arctic to the Antarctic, Atlantic to the Caribbean, Mediterranean, Red Sea to the Indian Ocean.

After the Navy, Sam went to Printers School in Nashville,  Tennessee, became a Master Printer, and worked for several North Carolina newspapers.  He spent 27 years at the Fayetteville Observer as an Add Compositor.  Sam is survived by two daughters:  Deborah B. Foster, and Kim B. McClanahan both of Fayetteville, NC.  He has 13 nieces and nephews.

Sam and his family were Charter Members of Village Baptist Church.  He offered his home for the first Sunday service in October, 1962.  He served as a Deacon many years.  He believed in God and praised Him all of his life.  As a member of Station #6 Volunteer Fire Department, he served as Assistant Fire Chief.

He was a member of Phoenix #8 Masonic Lodge for 60 years.  His hobbies were numerous.  He enjoyed reading, working on stained glass, working in his shop, sewing on canvas, dancing, fishing, and camping.

In lieu of flowers send donations for missions’ purchase of Bibles to Village Baptist Church.

To order memorial trees or send flowers to the family in memory of Samuel Morris Bass, please visit our flower store.