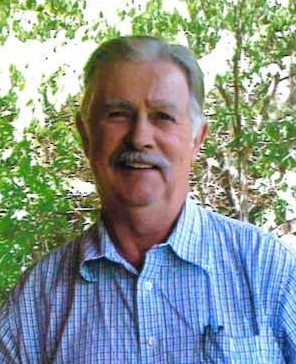 Dwight was born in Wytheville, Virginia, to the late Frank and Margaret Anderson.  Later on, he and his family moved and were raised in Roanoke by his mother and stepfather, Louis Blessing.  Dwight joined the US Army and served in the Vietnam War as a helicopter mechanic and instructor.  He received the National Defense Service Medal, Vietnam Service Medal, Vietnam Campaign Medal, Army Commendation and Good Conduct Medal.

After the service, Dwight worked in construction and as a firefighter.  He could truly do anything with his hands whether fixing a car, rebuilding a bulldozer, or making furniture.  Cooking was a skill he acquired in the military and perfected with the fire department and he was a great cook.  His final occupational endeavor was working as a real estate broker.

Funeral services will be held on Saturday, July 9, 2022, at 1 pm at Vaughn Memorial Presbyterian Church with Pastor Douglas Jordan presiding.  The burial will follow at Cedar Creek Baptist Church Cemetery with military honors.

Dwight is survived by his wife of 35 years, Donna Anderson; daughter, Kelley Anderson; and two sisters, Janet McMillion and Brenda Frost and their families.

He was preceded in death by his parents, his stepfather, and his brother, Frank Anderson.

The family will receive friends prior to the service from 11:30 am to 1 pm at the church in the Fellowship Hall.  A lunch will be served during the visitation.

In lieu of flowers, memorials may be made to Vaughn Memorial Presbyterian Church, St. Jude Children’s Research Hospital, or to a charity of one’s choice.

To order memorial trees or send flowers to the family in memory of Samuel Dwight Anderson, please visit our flower store.