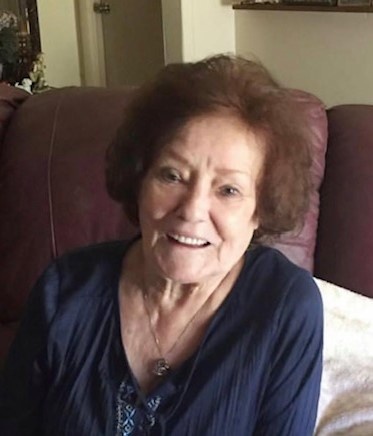 Ms. Sadie Turner James, age 81, of Fayetteville, passed away peacefully in the early morning hours of Sunday, March 7th 2021, at her home with her daughter and granddaughter holding her hands.

She was born in Richlands, North Carolina to the late Willie & Lucille Turner.

There was a fierce, feisty, strong, and determined spirit contained in her small body. She was stubborn, independent, confident, and a fighter through and through. Sadie was truly a force to be reckoned with! Those qualities served her well both in life and in her fight against Alzheimer’s. Though we mourn the loss of our mother and grandmother, we are thankful that her fight is over and she is now at peace.

We love her beyond measure and will miss her more than words could adequately convey.

Funeral service will be at 2pm on March 10th, 2021 at Sullivan’s Highland Funeral Service in Fayetteville, NC.

In lieu of flowers the family asks that you donate to the Alzheimer’s Association in honor of Sadie.

To order memorial trees or send flowers to the family in memory of Sadie James, please visit our flower store.