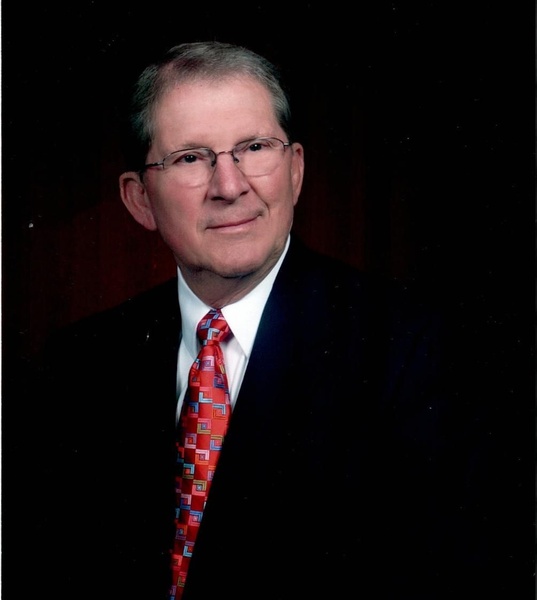 R.B. graduated from Fayetteville High School in 1952 and from N. C. State in 1956.  He served in Naval Reserves for a total of 23 years as an aviator after 5 years of active duty.  He returned to Fayetteville in 1962 to join his father in the family business, Arrow Pest Control until his retirement in 2016.

As a long-time Kiwanis member, R.B. loved Kiwanis International and proudly wore his 61-year Perfect Attendance pin.  In Kiwanis, he earned the Lt. Governor’s Distinguished Service Award, Legion of Honor Award after 50 years’ service, and was a recipient of the Wells Cup.  He served in a variety of committee positions at Hay Street United Methodist Church and later became an Elder for Highland Presbyterian Church.  He found his final church home at First Presbyterian Church in Lumberton, NC.

R.B. was devoted to a lifetime of community service.  He was one of the Charter Directors of Fayetteville Crimestoppers, and went on to become a member of the Crimestoppers International Board of Directors.  He served as President of the Family Life Center, on the board of Highland Country Club, and the Chamber of Commerce.

His great loves were golfing and the art of Bonsai.  He enjoyed time with his family, especially during visits to his mountain retreat.

A memorial service will be held at Highland Presbyterian Church on Tuesday, February 1 at 1:00pm in the Sanctuary.  The family will receive friends immediately following the service in the Fellowship Hall, following Covid protocols.

In lieu of flowers, contributions may be made to The Kiwanis International Endowment at 3636 Woodview Trace, Indianapolis, IN  46268-3196.

To order memorial trees or send flowers to the family in memory of Roy Bernard Goforth, Jr., please visit our flower store.