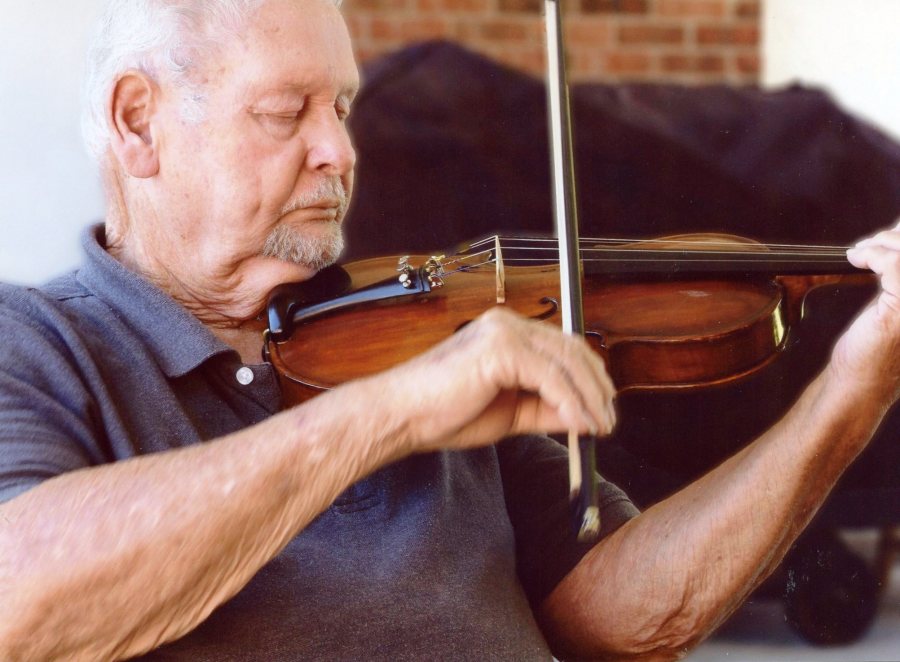 Ronald’s greatest love was his wife Nell, his bride from age 18. They eloped to Dillon, S.C. and married in secret while in Stedman High School. They were married 57 years. Both Ronald and Nell loved life and had a great sense of humour. Their passion and love for one another carried their marriage through the toughest of storms.

Ronald accepted Jesus Christ in 1964 during a revival in Stedman, N.C. He shared his faith over the decades and had a positive impact for the kingdom of God. Ronald was head deacon in most churches he attended, and was a long standing member of Fayetteville Community Church where he was ordained into ministry. Ronald’s gift was teaching God's Word.

Ronald worked for South River Electric Membership for 44 years and was the company’s first safety coordinator.  He also enjoyed serving as a lay minister for South River EMC and was often called upon in tough times to lead the company in prayer and counsel those in need. Ronald was a great musician and enjoyed gospel music and bluegrass. He played several instruments which included; the piano, guitar, mandolin, harmonica, bass, violin and whatever strange contraption he picked up at yard sales while vacationing in the mountains.

In the last year of Ronald and Nell’s life, Marie, a family friend, became caregiver and did a great job attending to their needs. The Canady family would like to extended a sincere and heartfelt thanks of gratitude to Marie Grice.

To order memorial trees or send flowers to the family in memory of Ronald Layton Canady, please visit our flower store.
Send a Sympathy Card