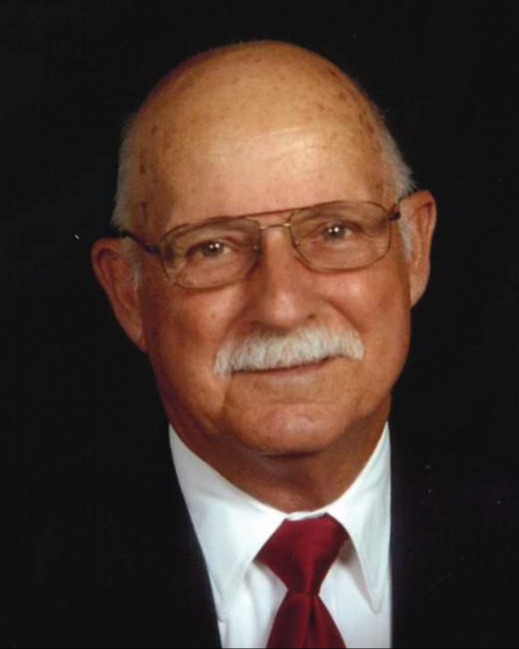 Mr. Roland Fredrick Nunnery, 91, passed away Sunday, October 16, 2022.
He was a Charter Member of Village Baptist Church, where he served as a Deacon, Sunday School teacher, Treasurer and served on several Pastoral Nominating Committees during the 60 years of being a member.
Fred served in the Air Force at Nellis Air Force Base as an aircraft mechanic and played on the Air Force Baseball Team. After his Air Force tour, he worked for Public Works until he began working for the US Postal Service. He retired in 1996 after 30 years of service.
He was an exceptional athlete and avid sports fan. He was a member of the Southeastern Athletic Association and officiated a variety of sports at all levels of competition for 55 years.  He will always be remembered for the numerous lives he touched through his years of mentoring and officiating.
Fred was a devoted husband, father, grandfather and great-grandfather and friend to all who knew him. His daily Christian walk was a witness to all those who knew and loved him.
Mr. Nunnery was preceded in death by his wife of 25 years, Jewel Warren Nunnery, in 1984. His wife of 25 years, Elaine Godwin Nunnery, passed away in 2010. His brothers James Nunnery, Ray Nunnery, Ronald Nunnery and sister, Wanda Buie preceded his death. He is survived by his two daughters, Sherry Duke and husband Chuck of Goldsboro; Gwen Bell and husband Stewart of Fayetteville; and a son, Parker Poole of Fayetteville; six grandchildren; and eleven great-grandchildren .
The family will receive friends at 1 pm, Saturday, October 22, 2022 at Village Baptist Church on McPherson Church Road in Fayetteville in the Fireside Room. Funeral Services will be held at 2 pm in the Sanctuary with Rev. Nick Smith officiating.  Burial will follow at Lafayette Memorial Park on Ramsey Street.
In lieu of flowers, memorials can be made to Village Baptist Church, 906 S McPherson Church Road, Fayetteville, NC 28303.
To order memorial trees or send flowers to the family in memory of R. Fred Nunnery, please visit our flower store.