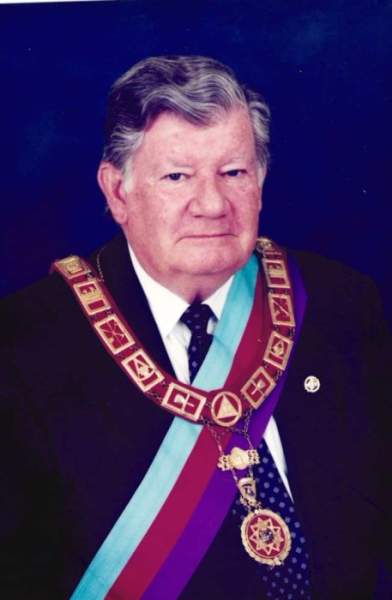 Robert Glenn Capps, 84, passed away peacefully on April 10, 2020. Glenn was born to the late Robert K. Capps and Ruth Sipher Capps in Fayetteville, NC on April 17, 1935. He was a graduate of Fayetteville High School and attended North Carolina State University. Glenn started a banking career with First Citizens Bank in Fayetteville, and then worked with The Scottish Bank which later became First Union National Bank in which he retired after 40 plus years of service. After returning to his hometown of Fayetteville, Glenn worked part time as a consultant for First Capital Bank of Laurinburg until his full retirement in 2017. He also served in the United States Army Reserves 300th Special Forces Detachment at Fort Bragg.

Glenn loved the Lord and his church, Highland Presbyterian, where he was ordained as an elder and taught the Williams Fellowship Bible Class for many years. Capps was very active in the Masonic Fraternity, and a Past Master of Creasy Proctor Lodge-679 in Fayetteville. In 1982 he was elected Grand High Priest, Royal Arch Masons, of North Carolina, and from 1993-1996 he served as General Grand High Priest of the General Grand Chapter, of Royal Arch Masons International. He traveled throughout the United States and Europe serving in that role.

Glenn enjoyed many pastimes including coastal fishing, but was most passionate about golf, especially with his friends with the Cape Fear Seniors. He also enjoyed the beautiful award winning Camellias in his yard, and was a Past President of the Fayetteville Camellia Club and the Atlantic Coast Camellia Society.

A graveside service will be held at 12:00 Noon on Saturday, September 19, 2020 at Lafayette Memorial Park.

Due to Covid-19 the family requests you practice social distancing and wear a face mask.

The family would like to thank Glenn’s special friends for their assistance over the last several years, Bri, Joy, Teresa, and Tina.

The family request in lieu of flowers that memorials be made in Glenn’s memory to Highland Presbyterian Church, 111 Highland Avenue, Fayetteville, NC 28305

To order memorial trees or send flowers to the family in memory of Robert Glenn Capps, please visit our flower store.