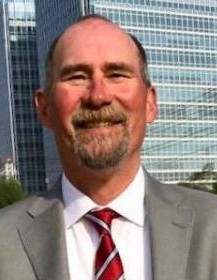 Richard was born on August 2nd, 1961 in Opelica, Alabama. He grew up in Charlotte, VT. Where he graduated from the University of Vermont in 1996 with a degree in Civil Engineering.

He married Yvonne Clark (Valgoi), the love of his life in 1986. Over 32 years of marriage, the couple welcomed three children into their home. His children remember him as a kind and very driven father who encouraged them to pursue their goals and passions in life, which they have now passed on to their own children.

Richard was accomplished in his career pursuits with Caddell Construction. He was a generous, witty, and dedicated individual who loved his family greatly. His greatest joy was whenever he was traveling abroad with his beloved wife. He will be severely missed.

To order memorial trees or send flowers to the family in memory of Richard "Rick" Wayne Clark, please visit our flower store.