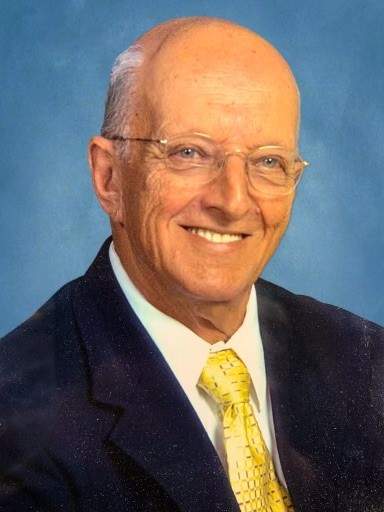 Raymond Emory Gray, 90 of Fayetteville, NC passed away peacefully on Wed March 24th, 2021 at Trinity Village located in Hickory NC.  Raymond was a decorated US Air Force veteran who retired after 20 years having served his country in both the Korean and Vietnam wars. Raymond was awarded the Bronze Star on Dec 10th, 1969. Following his service to his country he spent an additional 20 years at the Kelly Springfield Tire plant located in Fayetteville.

Raymond was born in Eden Vermont on Feb 27, 1931 to parents Emory and Eleanor Gray. Not long after he graduated from The Peoples Academy in Morristown VT, Raymond joined the USAF. His career in the Air Force took him all over the world. During his time stationed at Andrews AFB in MD, he met and fell for Betty Jane Jones, who he soon married. They remained together for 47 years until her passing in 2005.

Raymond never met a stranger and was considered by many close to him as being the perfect “socialite”. All he needed to be happy was someone to talk to and to share his military stories with which were many. He is survived by Sons Michael and wife Dawn of Fayetteville NC, John and wife Connie of Hickory NC, a brother Lynwood (Cookie) Gray and wife Claire of Johnson VT, brother-in-law Allan Jones and wife Sheva of Chester, MD and sister-in-law Delores Kisselbach of Bowie, MD. Raymond was loved by many including six grandchildren, 13 great grandchildren, one great/great grandson and many nieces/nephews.

Raymond loved his church family at St Matthews United Methodist Church in Fayetteville very much and was an active member for over 50 years. It was there that he met Ms. Connie Miller. Ms. Connie and her family were very dear to him. Our family will be forever grateful for the love and care they shared with him.

A gathering of family and friends will be held at Sullivan’s Highland Funeral Service located at 610 Ramsey St. in Fayetteville NC on Monday March 29, 2021 at 11:45 am followed by a Service at 1:00pm. He will be laid to rest at Cumberland Memorial Gardens at 2:00pm.

The family requests that in lieu of flowers, send donations to St. Matthews United Methodist Church in the memory of Raymond Gray.

To order memorial trees or send flowers to the family in memory of Raymond Emory Gray, please visit our flower store.