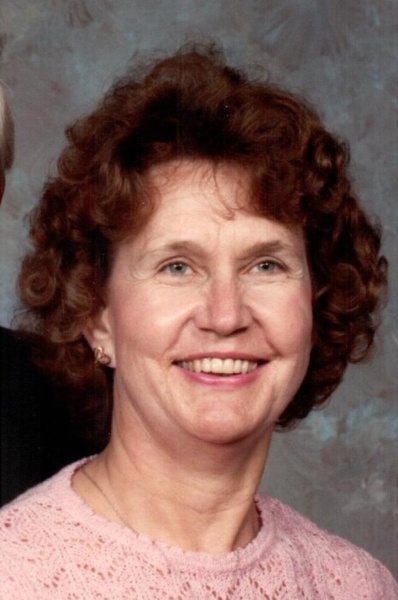 Pauline Stewart Priest, beloved mother and grandmother, passed away suddenly in Greensboro on May 4, 2020 after several years of declining health.

Mrs. Priest was born on February 2, 1931 in Benson, the only daughter of Harvey and Phoebe Stewart.  She and her three brothers grew up on their family farm and this led to her love of the outdoors. She graduated from Highsmith Rainey School of Nursing in 1952 and began her career as a Registered Nurse. She wed Charles Edwin Priest of Hope Mills on October 25, 1952 and they enjoyed a loving marriage and partnership for 59 years until his death in 2011. During her career she and Charles owned and operated several nursing homes in Cumberland County. She later served as the Office Manager for the Fayetteville Woman’s Clinic, working with Drs. Hayes, Gardner, Keeney, and Haithcock for 20 years.  She was a certified Lamaze instructor and enjoyed teaching childbirth classes for many young couples over the years. Mrs. Priest had a remarkable work ethic and value for self-reliance, even in her late 80s, and she set the tone for all members of the family to emulate. She enjoyed traveling and spending time with her family and friends at her vacation homes in Oak Island and Blowing Rock.  She loved gardening and was often found working in her large yard at her home on Lakeshore Drive, where she resided nearly 50 years.  She and Charles were active members of Highland Presbyterian Church for many years. Declining health led to the decision to move to a senior community in Greensboro in 2016. During the years she resided there Mrs. Priest--still pursuing her lifelong profession as a RN—took pride in assisting other residents with their needs.  She also continued to pursue her love of gardening, working in the beautiful courtyards at her new residence.

She is survived by her son Chuck Priest of Bentonville, AR, daughter Karen Ritter and husband Byron of Greensboro, four adult grandchildren: Dr. Christopher Ritter of Raleigh, Dr. Cameron Ritter (fiancée Brooke Henderson) of Wilmington, Chase Priest (Brittany) and Cristina Priest Cox (Evan) and three great-grandchildren:  John Grady, Langley Anne, and Griffin Charles—all of Fayetteville, AR.  She was preceded in death by her parents, her husband, and her brothers Charlie, Bill, and Roy.

Mrs. Priest will be available for the public to pay their respects on Friday, May 8th from 9am to 4pm at Sullivan’s Highland Funeral Service.  A graveside service and burial will be held on Saturday, May 9th at 3pm at Lafayette Memorial Park. In accordance with COVID19 guidelines, the service will be limited to family members and close friends.

The family requests no flowers.  Memorials may be made to Highsmith Alumni Nursing Scholarship, CFVF, 101 Robeson St, Ste 106, Fayetteville, NC 28304.

To order memorial trees or send flowers to the family in memory of Pauline Priest, please visit our flower store.