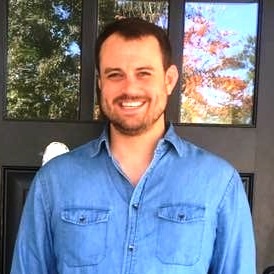 Patrick Thomas Nolan of Fayetteville, NC passed away on the afternoon of 28 June 2017 at the age of 30.

Patrick was born the third of four boys on March 2, 1987 in Fallbrook, CA. He spent most of his youth in Fayetteville, NC where he grew up playing soccer, hunting & fishing with his father & brothers, earned his Eagle Scout award, and met & fell in love with his future wife.

After high school in 2005, he enlisted and served his country in the United States Marine Corps. He was deployed twice with 1st Battalion, 1st Marine Division in support of Operation Iraqi Freedom. His awards include the Purple Heart and the Navy and Marine Corps Achievement Medal (with distinguish device for valor in combat). He was honorably discharged in 2009 at the rank of Corporal.

He received his Associates Degree from Sandhills Community College, Southern Pines in 2011 and worked as a paramedic first with Cumberland County, and then Womack Army Medical Center. He was looking forward to continuing his education and eventually become a Physician’s Assistant. As both a Marine and as a paramedic, Patrick dedicated his life in selfless service to others. He was always there for his family, and treasured every minute he shared with them. He served as a role model for many and will be lovingly remembered for his sense of humor, acts of kindness, generous spirit, and passion for life.

The family will receive visitors at Sullivan’s Highland funeral home, 610 Ramsey Street, Fayetteville, NC 28301, NC on Sunday 02 July 2017 from 5 PM until 7 PM.  Mass of Christian Burial will be at St. Patrick’s Catholic Church, 2844 Village Dr, Fayetteville, NC 28304 on Monday 03 July 2017 at 11 AM.  Interment will immediately follow at St. Anthony of Padua Catholic Cemetery, Camp Easter Road, Southern Pines, NC where he will be buried with military honors.

In lieu of flowers, donations may be made to the local Wounded Warrior Project at 1990 Fordham Dr #100, Fayetteville, NC 28304.

“Good night, sweet prince, And flights of angels sing thee to thy rest!”

To order memorial trees or send flowers to the family in memory of Patrick T. Nolan, please visit our flower store.
Send a Sympathy Card