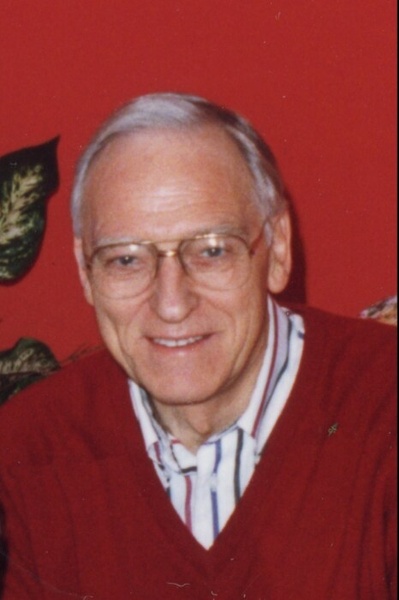 Owen Eugene Widman, 90, of Fayetteville passed away on Friday, January 1, 2021 at Cape
Fear Valley Medical Center. Owen was born March 27, 1930 in Chambers, Nebraska to the late
Gladys and Lawrence Widman.

Owen’s mother was a teacher, and his father was a rancher. He loved horses, and began riding
them at the age of two. His family moved to the pacific northwest when Owen was twelve. He
attended high school in Ferndale, Washington, lettering in track and football.
Upon graduation from high school, Owen attended Biola University in La Mirada, California.
While in college, Owen organized a male quartet whose activities included singing for a network
broadcast, and touring / performing in four western states. Owen was a radio announcer on the
same broadcast.

Following college, Owen served in the military with the 82nd Airborne Division at Fort Bragg.
During his military service, he became involved with youth and music ministry. He served as a
leader in the “Young Life” organization, working with, and mentoring high school students from
several Fayetteville churches.

While stationed at Fort Bragg, Owen began attending Snyder Memorial Baptist Church. He was
a dedicated and active church member. It was there that he would eventually meet his future
wife, Billie.

After completion of his military service, Owen accepted a sales position with Bryan Pontiac
Cadillac Company (later to become Bryan Honda). His immediate success in sales resulted in
earning a decade long membership in the Pontiac Master Sales Guild.

As a result, Owen was promoted to Assistant General Sales Manager with an emphasis on
Cadillac sales. Continuing hard work, excellent people skills, and managerial expertise brought
subsequent promotions to General Sales Manager, and then to General Manager. Owen won
various managerial awards over the years to include Master Manager. He remained General
Manager of the dealership for many years. Owen retired on March 31, 2000 after over forty
years of dedicated commitment and service. He made many friends during his years in the car
business.

Always willing to help others, after retirement Owen continued to use his knowledge and
expertise to help others obtain affordable vehicles. He spent innumerable hours assisting
various members of our community with the car buying process. He did not seek monetary
compensation for doing so, because he considered this to be a way to serve others in our
community.

Similarly, Owen served his beloved church, our community, and mission recipients through
dedicated involvement and philanthropy. He served on various committees and in various
organizations including: Past President and Board Member of the Cape Fear Botanical Garden,
Young Life organization leader, Bicycle Donation Ministry, Church Deacon, Moderator of
Deacons (twice), Member of Adult Choir, Mens’ Ensemble, Acts II Prayer Group member, Prime
Time Song Leader, Music Committee, Pastor Search Committee, Head of Minister of Music
Search Committee, Heritage Place Worship Leader (for 12 years), and Prime Time President
Owen was a wonderful and loving husband, father, son, brother, uncle, and grandfather. He was
a committed Christian, who raised his two daughters to love and serve the Lord. He provided an
outstanding example of selfless Christian witness, charity, and service to others.

A memorial service will be held for Owen on Wednesday, January 6, 2021 at Snyder Memorial
Baptist Church (sanctuary) in Fayetteville at 11:00 am. A private burial will be held afterwards at
LaFayette Memorial Park.

To order memorial trees or send flowers to the family in memory of Owen Eugene Widman, please visit our flower store.