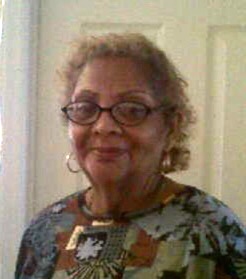 A graveside memorial service for immediate family only will be held Wednesday, June 24th, at Cumberland Memorial Gardens Cemetery in Fayetteville.

Nilsa was born March 5, 1947, in San Juan, Puerto Rico to Liborio and Gloria Picart. Her father was a career military soldier, so Nilsa attended schools in Puerto Rico and in Germany.

After graduating from Frankfurt American High School in Germany, Nilsa moved with her family to Fayetteville, NC.

However, it wasn’t long after arriving in North Carolina, that Nilsa moved to the Bronx, New York City. Living with extended family members in New York City, she embraced her Puerto Rican heritage and the lifestyle she missed back in her native island birthplace. Nilsa worked for the NYC Public Schools as a teacher’s assistant working with children, a job she loved.

She retired in 2008 to move back to Fayetteville, NC to care for her mother and father until they passed away in 2013.

She was also very loving, kind, and a wonderful cook. In her later years, Nilsa enjoyed watching Spanish telenovelas and shopping for bargains.

She is survived by her five brothers, Angel, Erdie, Hector, Jose, and Amilcar.