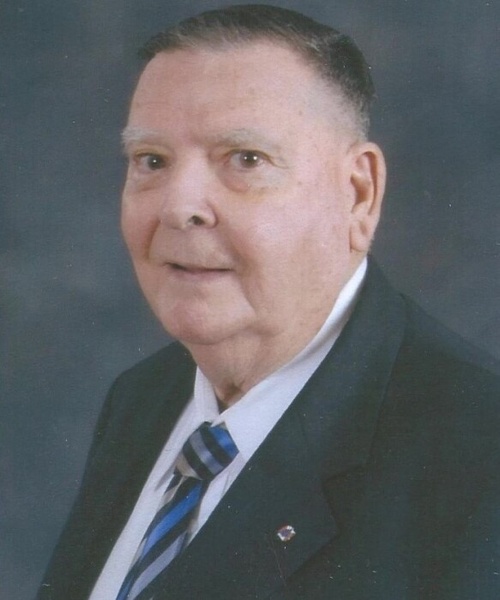 MSG Ret. Frank “Barney” Kenneth Byrne, of Fayetteville, NC, peacefully passed away at his home, surrounded by family on May 30, 2021. Frank K. Byrne was born on November 19, 1931 to Charles J. Byrne and Lucille E. Byrne in Toledo, Ohio. He was 89 at his passing.

Frank is a veteran of three foreign wars. He served in WWII, the Korean War, and the Vietnam War. During these wars, he served in three branches of the armed services.

With the advice of one of his uncles, in 1945, he joined the Navy at the age of 14. While in the Navy, he was a radio operator. Just before his 16th birthday, it was discovered he was under age. His mother was contacted to pick him up. He was honorably discharged and he was awarded the Ruptured Duck pin.

Whereupon, he later joined the Michigan Air National Guard through December 19, 1949 to January 15, 1950. In the Guard, he was a gunner and back up radio operator. When the unit was disbanded, he transferred to the army.

From January 21, 1951 to January 21, 1974, he served in the Army. While in the Army, he served two years in the Korean War and three tours of duty in the Vietnam War where he received his Purple Heart. Frank held many roles while serving his country. He did his basic training in Camp Breckinridge, Kentucky, as a part of the 101st Airborne Division. Here, he was taught how to jump out of perfectly safe airplanes. After basic training, his roles included duty soldier, supply clerk, and he even got to use his Navy experience to perform as a radio communications operator. He was stationed in Ft. Benning, Hawaii, Ft. Lewis, and so many other places. At the request of his wife, he and his family finally settled in Ft Bragg. He was a member of the Special Forces, as one of the first Green Berets. In fact, he once said that he was the second soldier to receive his green beret from JFK. As a SF Green Beret, one of his duties while serving in Vietnam was to drive around a couple of VIPs, John Wayne and Martha Raye. In 1974, he retired as a Master Sergeant, with a Bronze Star.

After his military service, Frank was employed by the Cumberland County Sheriff’s Office. He worked as an Identification technician from 1974 to 1989 serving under three different sheriffs. After leaving the sheriff’s office he worked at Ft. Bragg doing security work there for several years.

In the early years of his retirement, he and his son, Edward, joined the Boy Scouts of America. Frank was one of two scout leaders of the troop. Together they became members of the Order of the Arrow. When his youngest daughter, Linda, wanted to participate in scout activities, they all joined the Explorer Scouts, another faction of the BSofA. That year, the Explorer Scouts placed a focus on Native American culture. They performed at Powwows as the lead drum for the dancers.

One fateful night, Frank attended a costume party with his wife. For his costume, he decided to dress as a hobo clown. Before he left, his daughter, Linda, told him he needed a rose for his hat. At the party, he performed small magic tricks that entertained everyone. And thus, Rosie the Magical Clown was born. He began performing at birthday parties, parades and events, where he enjoyed entertaining children of all ages for many years. To perfect the art of just clowning around, Frank went to clown school at the Ringling Brothers and Barnum & Bailey Circus. He was later inducted into the clown museum in Wisconsin where his Rosie persona is on display. He later branched out and started doing stilt walking in his 70’s, becoming the oldest stilt walker at the time. He later received a grant from the Fayetteville Art Council to train in London as a Punch and Judy puppeteer. He played shows at folk festivals and renaissance faires across several states. His granddaughters will also remember him fondly as Santa and the Easter Bunny. Plus, he was a caretaker of animals for Pony and Friends.

Frank was very active in his volunteer work with several organizations, to include the Fayetteville Arts Council, VAs Veterans Affair, Knights of Columbus, Purple Heart Organization, and Special Forces Organization. As a volunteer at the Ramsey VA Hospital, he gained a final persona as the Puppet Man, because of his many puppets he would bring to entertain the veterans.

Our Dad/Grandpa was greatly loved and will be missed by our family and friends. May he clown in peace.