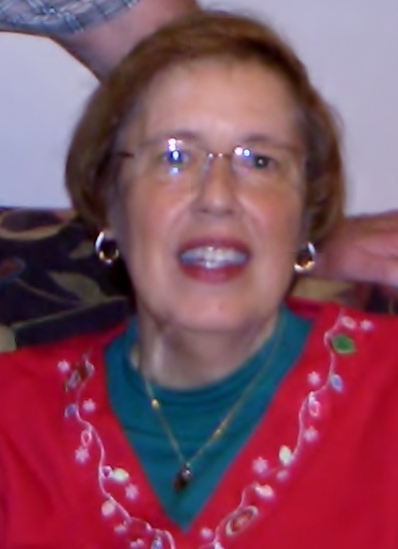 A 1972 graduate of Seward Park HS in Manhattan, Margarita earned her Bachelor's Degree in Education from Pace University, NYC in three years (1975), where she was a member of Phi Sigma Iota, the national foreign language honor society.  She then went on to earn two Master's Degrees from Fayetteville State University; one in Educational Supervision and Administration (1983), and the second in Elementary Education (1984).

While attending college, Margarita met future husband Roger at an Army ROTC event at St. John's University, NYC.  Within weeks, he had declared his intention to marry her.  Following graduation, both began their professional careers; she with first, the Social Security Administration, and then with the Government Development Bank of Puerto Rico (both in NYC), while Roger began his tour as an Army Officer in Ft. Gordon, GA, followed by assignment to Civil Affairs (Special Operations), Ft. Bragg, NC.  They were married in Ft. Hamilton, Brooklyn, NYC (1976), and then began their life together in Fayetteville, NC.  Margarita and Roger were best friends and soulmates, truly the love of each other's lives.

Margarita began teaching in the Bilingual and then English as a Second Language (ESL) Program for the Fayetteville City Schools in 1977, and upon merger with the Cumberland County Schools, became Coordinator of the county's ESL Program, until her retirement in 2013.  She served on numerous county and state education-related committees and boards, as well as two terms on the Juvenile Crime Prevention Commission (appointed by the County Commissioners).  She was totally dedicated to helping to improve the education and lives of all children.  She and Roger loved to travel; they traveled to Europe nine times since 2000; and she travelled to Argentina twice and to Mexico once for the county schools during that same period.

Margarita is survived by her husband of over 40 years, Roger, of the home; her mother, Miguelina Acevedo, of NYC; Her older brother, LTC (ret) Cruz Acevedo (Suk Hui), of Okinawa, Japan; her younger sister Rosita Bodnar (Nicholas), of Queens, NYC; her youngest sister, Elsie Alicea (Catalino), of Southbridge, MA; her younger brother, Ricardo Acevedo (Pamela), of Brooklyn, NYC; 13 nieces and nephews; 14 great nieces and great nephews; and her sister-in-law, Lillian Dostall, of Monroe, NY.  She was predeceased by her father, Eugenio Acevedo.

A Memorial Mass will be celebrated at 11:00 a.m. on Thursday, June 1, in St. Patrick (RC) Church, Village Drive, Fayetteville, followed by interment in the Church's Columbarium.  Light refreshments will be served in St. Brigid's Hall (adjoining).

The family wishes to thank all of Margarita's many friends and former colleagues for their support, thoughts, and prayers during her illness and hospitalizations, including her most recent stay in the MICU, UNC Memorial Hospital, Chapel Hill, NC.  They also wish to express their sincere gratitude to the doctors, nurses, and other staff at UNC Memorial Hospital who provided Margarita with outstanding and loving care.

In lieu of flowers, please consider making a contribution in the name of Margarita Dostall to the Medical Foundation of North Carolina (https://medicalfoundationofnc.org/giving).

Online condolences may be made at www.sullivanshighland.com.

To order memorial trees or send flowers to the family in memory of Mrs. Margarita Acevedo Dostall, please visit our flower store.
Send a Sympathy Card