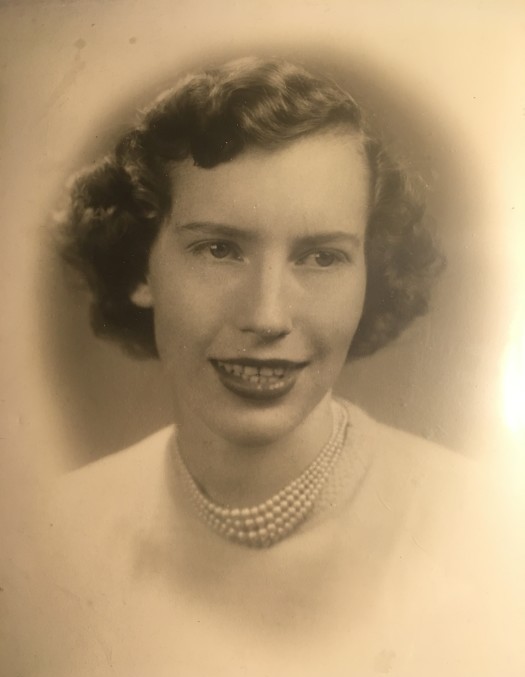 Jeanette Kent Holmes Williams, daughter of the late Roger Campbell and Lizzie Belle Crumpler Holmes, was born at home on July 5, 1932.  She spent her entire life as a sixth generation member of the Holmes family on the family farm until May 4th, when her declining health required her admittance into Brookshire Nursing Facility in Hillsborough, NC.  She passed away on Thursday, June 9, 2017 at the age of 84.

Jeanette was a 1950 graduate of Central High School and attended Worth Business College. Upon graduation she was employed as a private secretary to the manager of Fayetteville Public Works Facilities.  She remained in that position until becoming a stay at home mother in 1958.   Years later she returned to work with the Cumberland County schools system and worked as a media assistant until she retired.  She married James McNeill Williams (Mac) on May the 24, 1953 and enjoyed 64 years of marriage. Mac and Jeanette established their home on Rock Hill Road, across from her home place, and remained there their entire married life.

In 1954 Jeanette moved her church membership from Pleasant Grove Baptist Church to Bluff Presbyterian where she was active in the Women of the Church.  She was also a member of the Eastover Civic Club and the Dig-a-Bit Garden Club.

To order memorial trees or send flowers to the family in memory of Mrs. Jeanette Kent Williams, please visit our flower store.
Send a Sympathy Card