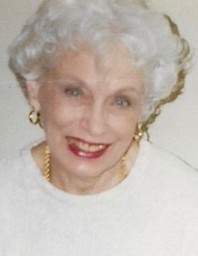 Charlotte Honeycutt Bundy, 92, went to be with her Savior Jesus Christ  on Sunday, May 21, 2017, at Rex Nursing Care Center in Raleigh.

She was born in Raleigh on December 6, 1924, to the late Guy and Margaret Honeycutt.  She graduated from Hugh Morson High School and attended Meredith College.

Charlotte was a loving daughter, wife, mother, grandmother, and great grandmother who was always giving and compassionate with a sense of humor, wit, and advice.  She loved the Lord, the Bible, animals, flowers, and being an artist.  She took great pride in helping people when she volunteered at Raleigh’s Visitor Center and the North Carolina Museum of History.

A graveside service is scheduled for 9 am on Tuesday, May 23, 2017, at Lafayette Memorial Park.

To order memorial trees or send flowers to the family in memory of Mrs. Charlotte Bundy, please visit our flower store.