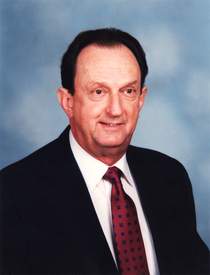 Mr. Harkey was the Owner and President of M.C.H. Leasing, Inc. for forty-three years and had previously served in the United States Army. Recently he was a resident of the North Carolina State Veterans Home of Fayetteville. He was married to wife Peggy for sixty-six years.

Services will be Tuesday, March 21, 2017 at Haymount United Methodist Church, 1700 Fort Bragg Road, Fayetteville, NC. The family will receive visitors at 10am at the church. A Memorial Service will follow at 11am.

Memorials may be made to the Duke Childrenâ€™s Hospital (http://www.dukechildrens.org/giving/how_you_can_help) or Haymount United Methodist Church.

Online condolences may be made at www.sullivanshighland.com.

Services are entrusted to Sullivan's Highland Funeral Service and Crematory, of Fayetteville, NC.

To order memorial trees or send flowers to the family in memory of Mr. Martin Clifford Harkey, please visit our flower store.