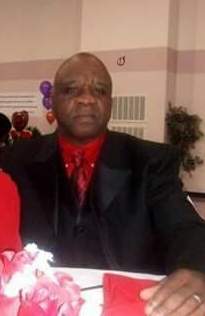 He is the eldest son of the Late Freddie Mae Hamm & Charles Higgs. He attended Woodfield Road Elementary School, Malverne Middle, & Malverne High School where he graduated in 1972.

He also attended Hofstra & Nassau Community College where he studied and interned as a Special Education teacher. Calvin's passion was football where he was the captain of the football team. He also enjoyed basketball and fishing and spending time with his brother, Brody and sister, Vivian and his childhood friends.

He enjoyed listening to smooth jazz and “old school' music, as his youngest grandson would say. In 1981, he married his wife, Roxanne, whom he met at the University of Old Westbury. He proclaimed to be a player, but this time he got played and married his love, best friend, and confidant.

Together, Calvin and Roxanne had four beautiful children; of which their names were Keysha, Calvin Jr., Tonya, & Claudia. Of all the four children they produced 8 grandchildren named, Calvin, Amir, Cheyenne, Calvin Jr., Kaiyera, Cornelius, Carleek, and Charles. Calvin will missed by all of his nieces, nephews and many who loved him. In 1992, Calvin and Roxanne, moved their family to North Carolina.

His life had been an exciting one where he became a truck driver and was awarded the “Million Miler” plaque for his accomplishments. Calvin was a foster dad and mentor to many young men he took under his wing. In 1999-2000 he and his wife traveled to Ethiopia where he taught English. His journeys had him exploring all over the United States and Africa leaving his humor and spirit to everyone he touched. He will be surely missed, and always remembered.

Online condolences may be expressed at www.sullivanshigland.com.

To order memorial trees or send flowers to the family in memory of Mr. Calvin Leroy Higgs, please visit our flower store.