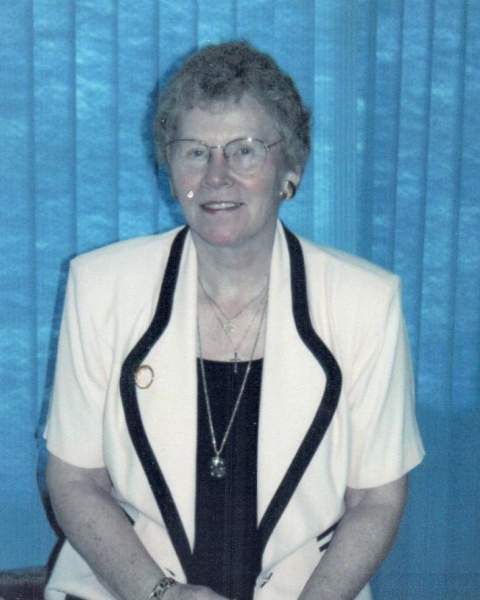 Mathilde Helene Heffernan of Fayetteville, North Carolina went to be with her savior Jesus Christ. Jesus called Hilde home on August 18, 2022, at the age of 90.

Hilde was born on March 8, 1932, in Essen Borbeck, Germany. Growing up during World War II was not easy. Her family was displaced to a little town in southern Germany due to the bombing, and she lost her older brother at an early age.

Hilde fell in love with Edward Heffernan, and they married on August 2, 1956, in Baumholder, Germany. She immigrated to the United States in July 1965 and earned her United States citizenship in December 1972. Hilde and Ed had two children, Gerhard and Brigitte. She loved her children and was a loving and devoting Mother. Daddy, Edward, who was in the Army, was called for duty many times and she had to wear both hats.

Everyone that met Hilde loved her and thought highly of her. She enjoyed German club, bowling, sewing, knitting, gardening, traveling, reading, and spending time with her grandkids. She was a Red Cross volunteer for 18 years, and during that time she received the Iron Mike award for her efforts – not an easy feat for a civilian to do.

Our Golden Girl Hilde was preceded in death by her loving husband Edward Heffernan. She outlived all her siblings, as well as all of Daddy's siblings. Her parents were Max and Aloysia (Luise) Reddmann.

In lieu of flowers, please donate in memory of Mathilde Heffernan to one of the following charities:

To order memorial trees or send flowers to the family in memory of Mathilde Heffernan, please visit our flower store.

Send a Sympathy Card
In memory of Mathilde Heffernan, please consider making a donation to one of the following charities: