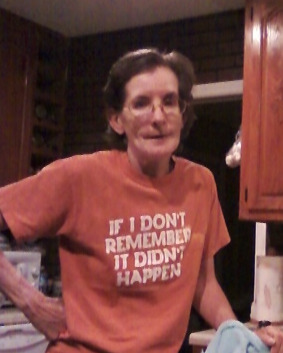 Born to Ann Townsend and James Edward Townsend Senior in Newark, NJ. She was the 12th child of 13. She grew up in Florida where she played both the piano and the cello. Her father died in 1963 when she was just 8 years old. She grew up and moved out of her mother’s house and joined the military. She served for 12 years in total between the Air Force and later the Navy. She served as a minute man missile mechanic and later as a signal man and part of the armed forces police. She served in Washington DC and later in Guantanamo Bay where she met her last husband Paul Ricciardi.

She is survived by her husband, 4 children, 4 grandsons, her sister and numerous nieces and nephews. She enjoyed being in the garden where she could pass the time getting her hands dirty. She taught her children the value of growing their own foods well as making sure we were aware of how much effort it took to do so. She taught us how to mend and sew our own clothing in case we had a need to do so as well as making sure that we were able to take care of ourselves and did not need to get married in order to be provided for.

When she was doing that, she was often found with her nose in a book or a craft. She like to do embroidery until her eyes got to the point where she could not see the small stitches. She also crocheted a couple of blankets. She always encouraged her children to go after our dreams even if they seemed that we would not be able to achieve them.

She was a housewife for the last 39 years. She always told us that she would always be with us no matter what happened in life. She was our own personal cheerleader when it came to going after our goals. She was there when we did really well in school and she was there when we made a mistake. She had the ability to see what others did not in nature and in people. She would go to the Waffle House before she picked sis and I up from work even if it was late at night for a cup of coffee and conversation with the people that worked there. She met one of the airmen there whom later became her son-in-law.

In the last 3 years, she has enjoyed 3 of her grandsons, Casey, Andrew, and Ezekiel. They could be overwhelming at times but she did have a smile on her face when she saw them. They would greet her when she was up with a hi, a smile and a kiss. They enjoyed spending time with her. I am grateful that they were able to get to know their grandmother before she went to her forever home. She never met her 4th grandson from her oldest son, Merrill Theodore Valentine Love.

She was unable to travel anywhere and it took a toll on her. Her health was not the best in this last year but she had a couple of moments when her spirits where really high like when she found out that she had lost about 90 pounds bringing her down from almost 200 pounds to about 110 pounds. She was so proud of that! She was trying to be able to go out again and go shopping and different activities. The rest of us were excited for her.

She lived her life the way she wanted and when she passed, she passed at home where she wanted instead of a hospital. She hated hospitals. She hated cut flowers because she said they were dead so she would have much rather get a live plant. Her favorite flowers were the blue lilac and the rose. Her favorite color was emerald green. She loved the fact that when I got a job here at KFC just around the corner from the house. I would call her up after my shift and ask if she needed anything and she would reply that she wanted KFC for dinner or a simple 2 piece. When it came to fried chicken, she wanted KFC original recipe chicken with mash potatoes and gravy with coleslaw. She loved the coleslaw even though she said it didn’t love her. She was the glue that kept the family together and she will be forever missed. She will be with us always until the last of us goes home. She will be remembered by those who knew her.

To order memorial trees or send flowers to the family in memory of Martha Jo Ricciardi, please visit our flower store.