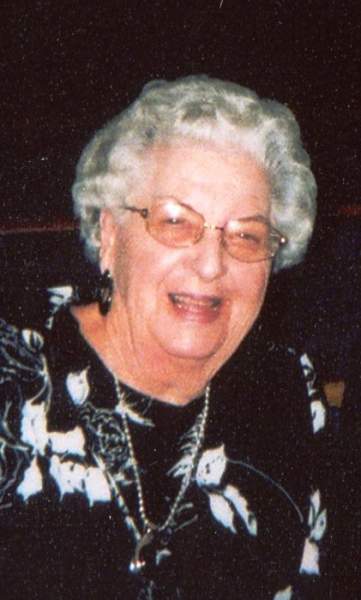 She was born in Cumberland County on June 12, 1922, to the late V.F. and Mattie Talley, Sr.  She was also preceded in death by her husband, Bruce McDaniel; son, Joseph Scoggins; sister, Sallie Ann Walker; and brother, V.F. Talley, Jr.

Peggy was an active member of Second Baptist Church, where she served as the WMU Director and taught Sunday School.  As a young mother, she worked in the children’s department at Fleishman’s Big Store, where she fitted many current Fayetteville residents with their first pairs of shoes.  She was a member of Beta Sigma Phi Laureate Kappa.

In the 1960’s, Peggy left Fayetteville with her husband and son to live for several years in the state of Washington, where her two grandchildren, Joseph Scoggins Jr. and Dortha Scoggins, now live.  She is also survived by three great grandchildren; two great-great grandchildren; nephews Joe Whyte, George Whyte, and Mark Williams, and nieces Mary Talley (of Eastover), Susan Talley, and Martha Talley.

In lieu of flowers the family requests that donations be made to Second Baptist Church, 522 Person Street, Fayetteville, NC  28301.

Peggy’s funeral service will be on May 5th, at 1 pm at Sullivan’s Highland Funeral Services Chapel with visitation immediately before, from noon to 1, and burial immediately after.  She will be buried at Lafayette Memorial Park.

To order memorial trees or send flowers to the family in memory of Martha "Peggy" McDaniel, please visit our flower store.