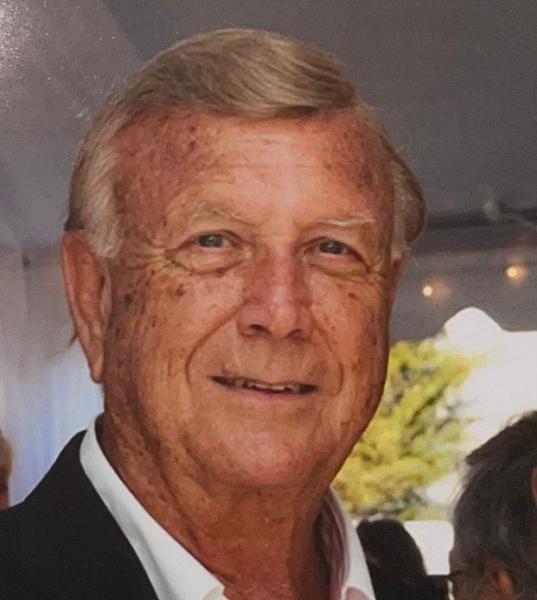 Leonard Hugh Black, 86, of Fayetteville, NC died peacefully on Friday, January 21 at his home surrounded by his family.

Leonard was born on February 19, 1935, in Fayetteville, NC. Leonard graduated from Fayetteville High School where he excelled in baseball, basketball, and football. Leonard was chosen to participate in the Shrine Bowl of the Carolinas, the nation’s oldest high school football all-star game where 44 of the best players from North and South Carolina play each other to help draw awareness to the Shriner hospitals.

Leonard went on to attend Duke University on a football scholarship and played in the 1955 Orange Bowl in Miami, FL against Nebraska where the Blue Devils defeated the Cornhuskers 34 – 7. At Duke, as a member of the Kappa Alpha Fraternity, he was also actively engaged in many student body activities around campus. After college, Leonard went on to play professional football as a tight end for the Washington Redskins, and later for the Canadian Football league’s Toronto Argonauts.

After retiring from professional football, Leonard enjoyed a long and successful career with the Haggar Clothing Company for over 25 years. Leonard was also very active in his community and was a founding member and instrumental in organizing the Fayetteville Sports Club. Leonard was also a leading participant in bringing the ACC Women’s Basketball Tournament to Fayetteville from 1983 to 1991. In 2015, Leonard was inducted into the Fayetteville Sports Club Hall of Fame. Leonard had an entrepreneurial spirit and joined his brother-in-law, who is in the fitness industry, and converted the old Cardinal Movie Theatre into a Fitness Today Health Club. In 2013, Leonard came out of retirement and joined his son Len in his business, Dealer Alliance, where he was still engaged and closing deals two months before his passing.

Leonard loved life and lived it to the fullest. The 5 F’s were most important to him: Faith, Family, Friends, Football, and Food. If you knew “Pops”, you know how important family was to him. He loved spending time in Topsail Island, NC rocking on the porch with his children and grandchildren, just as his parents did with him. Topsail Island was our Dad’s special and sacred place. Leonard, his father, and his brother Hector, along with a few carpenters, built the Topsail home in 1968. Leonard’s personality was contagious. He never met a stranger and would give you the shirt off his back if you needed it. So much of his generosity was shown through his involvement in charitable foundations. He participated in many charity golf events for over 30 years. Most recently, he sat on the board of the Wilmywood Country Classic, a charity golf event supporting underprivileged children in Wilmington NC.

At one point Leonard was a scratch golfer; and we know he has now joined some of his golf buddies on the course in Heaven.

Leonard is survived by his three children, Len Black and wife, Susan, Elizabeth Black Rankin and husband, Matthew, and Claudia Black; five grandchildren, Claire, Rebecca and Hannah Black, and Mary Marshall and William Rankin; his former wife, friend, and the mother of his children, Suzanne Black Uzzell; and sister-in-law, Lois Weeks Black.
He was preceded in death by his parents, Claude and Vernon Black, and his brother Hector A. Black.

The family will receive friends Monday evening, January 24, 2022, from 6 to 8 pm at Sullivan’s Highland Funeral Service.

A graveside service will be held on Tuesday, January 25, 2022, at 12:00 noon at Cross Creek Cemetery #3 with Rev. Robert Alves presiding.

In lieu of flowers, donations may be made to the Children’s Home Society of NC or Angels Among Us Duke Brain Tumor Center.

To order memorial trees or send flowers to the family in memory of Leonard Hugh Black, please visit our flower store.