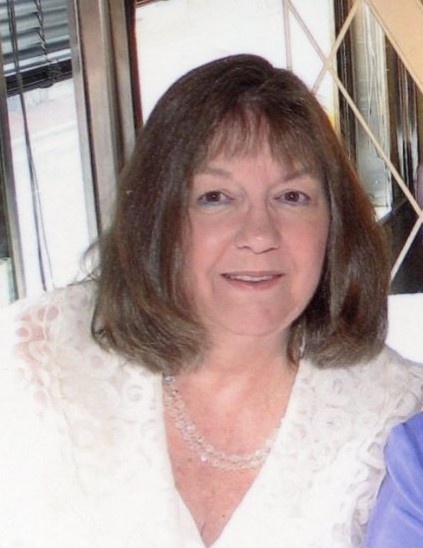 Kathryn Maxine McLaurin Anders, 70 of Fayetteville, passed away on Friday, February 23, 2018, at SECU Hospice House in Smithfield, NC with family by her side after a courageous battle with glioblastoma.

She was born on April 8, 1947 in Fayetteville to the late Augustus Merrill and Kathryn Thelma Melton McLaurin, Sr.

Maxine grew up in the small town on Wade, NC; graduated from Central High School and Western Carolina University.   Maxine and Wade were married in July 1968.  Their first daughter, Ashlei was born in 1972 and the twins came a few years later in 1975.  Maxine began a life of helping others through her work as a social worker and a dedicated member of her church.

Maxine had a career spanning over 30 years as a dedicated Cumberland County school social worker.  She began her career at the Department of Social Services (DSS) and later entered the school system with majority of those years being dedicated to helping middle school children and their families.  One of her greatest attributes was finding resources that would satisfy the problems of children and ensuring they received the help they needed.  Maxine was a compassionate listener and had the gift of making a child or family feel as if their situation was her only concern.  A large part of those situations were held during home visits where she excelled in problem solving.  She was involved in multiple committees and organizations to include: Guardian Ad Litem, Find a Friend Network, President of North Carolina School Social Worker’s Association, DSS Board member, and created the Faye Huckabee Award with a friend and fellow social worker George Hendricks.

Above all else Maxine’s faith in God was the most important.  She had a lifelong commitment to the Bluff and Old Bluff Presbyterian Church in Wade where her church attendance and involvement began.  She was a Sunday school teacher and a Clerk of the Session for several years while at the Bluff.   Maxine and Wade later became members at First Presbyterian Church in Fayetteville where Maxine was a very active member.  She truly loved the Tapestry Women’s Bible Study as well as the women involved.  Stephen Ministry was a true calling for Maxine and a natural fit.   The Stephen Ministry program was very dear to her and close to her heart.

Through her career, her love of Christ and service to Him, she affected countless people. She lived her life with true grace, strength and dignity.  Maxine will be greatly missed and her family misses their matriarch.

The family will welcome friends from 11 to 12 on Tuesday, February 27, 2018, at First Presbyterian Church.  Her funeral service will follow in the sanctuary at 12.  She will be buried at Lafayette Memorial Park following the service.

To order memorial trees or send flowers to the family in memory of Kathryn Maxine Anders, please visit our flower store.