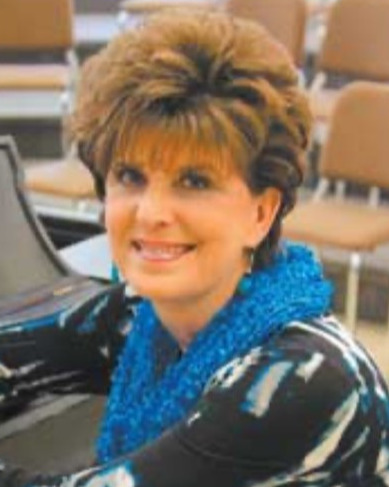 Joycelyn Walden Cogswell (“Miss Joy”), of Fayetteville, passed away on January 2, 2023, with her family at her side.

Miss Joy was born in Columbia, Mississippi, on April 2, 1947.  Her parents were Ben and Katheryne Walden.  She grew up in Columbia, graduating from Columbia HS in 1965.  She attended Florida State University where she earned a Bachelor of Music Education with Piano Principal degree.  She began graduate school at Florida State and shortly thereafter met her husband, Bob. They were married on September 19, 1970.  Bob had orders to report to Pope AFB, and they moved to Fayetteville in that same month.  They have been married 52 years.

After arriving in Fayetteville, they joined Snyder Memorial Baptist Church. Joy would say, “It’s hard to find (the spirit they carry) in a lot of other places,” she said. “Snyder is what drew us to stay here.” Shortly after joining, she was asked to teach first-grade choir.

She took her position as official church pianist when the church purchased its first grand piano in January of 1974, which was the start of a 47-year career at Snyder in which Joy touched many lives and saw many more young musicians grow up.  In addition to teaching and directing children’s choirs, she accompanied the Youth and Sanctuary choirs and the Men’s Ensemble.  She also directed the Youth Choir during the 1990s. She accompanied every performance of the Singing Christmas Tree from its beginning in 1978 until her retirement as pianist in 2018.

In 1984, she began leading a Young-Musicians’ Preparatory Program at Methodist University, which was at that time Methodist College.  She was also the Founding Director of the Methodist University Summer Music Camp in 1989 and served in that position until 2002.  It is now in its 34th year.

Joy also pioneered the offering of Kindermusik, an internationally respected children’s music education program, in Fayetteville. In 1990, when Kindermusik introduced new curriculum for toddlers, Joy trained and got certified to teach it. Soon, at the Arts Council and at Methodist University, she was offering the first-ever Kindermusik classes in town. She also taught Kindermusik classes to residents of the Fayetteville Metropolitan Housing Authority.

One of Joy’s most significant positions was as director of The Snyder Music Academy, which began in 2002. Larry Dickens, the then Minister of Music, envisioned starting a music academy. Of course, he looked to Joy for help, and of course, she said yes. It was a program that grew from zero to over 600 students in its first year. At one point, it was the second largest program of its kind in the United States.  Today, The Snyder Music Academy offers lessons in most instruments, singing and music therapy to children and adults throughout the region.

Joy also added Kindermusik to the mix at Snyder Music Academy. Her program there has been designated a Maestro Top Program for over 20 years — which means she was recognized as being in the top 5 percent of Kindermusik educators internationally.

Over the years, Joy also helped create and play in the Dogwood Festival sanctioned event “Festival of Keyboards”, a 4-grand piano, 8 pianist concert at Snyder.  She directed the Kidsville Kids Performance Group, and an original children’s opera Tom Sawyer, by Charis Duke (a member of the Music Academy faculty) at Riverside Landing. She has also accompanied and been a featured artist with the Fayetteville Symphony.  In 2008, she was inducted as a member of Inaugural Class of the Fayetteville Music Hall of Fame.

Shortly after she retired as pianist in December 2018, in 2019 she accompanied a 250-member choir at Carnegie Hall.  She has also served as a substitute pianist at Lafayette Baptist Church, and Hayes Barton Baptist Church in Raleigh.  Additionally, she has participated in two concerts (Red Springs-spirituals, and Raleigh-4 piano), worked as the Pre-K–First Grade Choral Music Instructor at the Fayetteville Academy, and continued to teach private lessons.

She is survived by her husband Bob, daughter Katheryne Pennington, and husband Christopher of Franklin Wisconsin, and granddaughter Paige. The family would like to thank all of those who have texted, emailed, sent cards and letters of encouragement and remembrance, and especially those 40+ members of the Snyder Sanctuary Choir who came to the house and sang carols the Wednesday before Christmas. The family would also like to thank the loving and caring medical staff at Duke Raleigh Hospital, and the staff and nurses of Liberty Hospice.

In lieu of flowers, the family would request that a donation be made to the Snyder Music Academy Outreach Fund which provides scholarships for deserving students.

Shortly before playing her last Sunday morning service in December 2018, Joy reflected on what playing piano means to her. “I believe God gave me a gift to be able to share his love through my hands,” she said. “That’s always been my goal: to have people not look at me, but to … hear what God is trying to say to them through the music.”

A memorial service will be held Saturday, January 7, 2023, at noon at Snyder Memorial Baptist Church in the sanctuary.  Following the service, the family will receive friends in the Gathering Hall.

To order memorial trees or send flowers to the family in memory of Joycelyn Walden Cogswell, please visit our flower store.