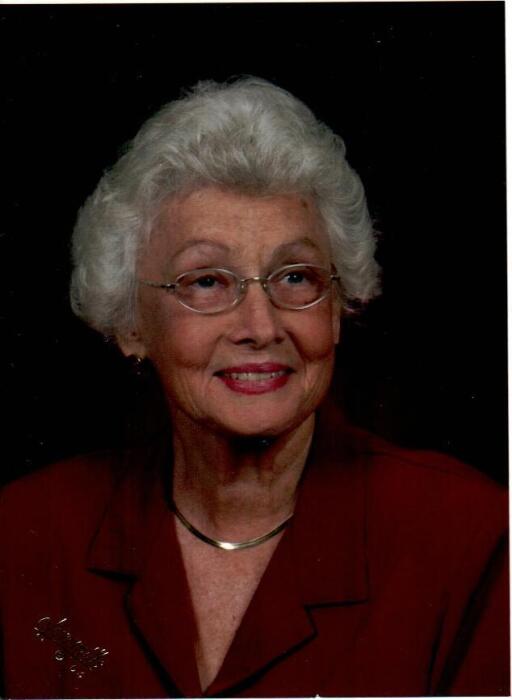 Joyce Whitaker Owen, 89, left this world for her heavenly home on July 11, 2020, in her home, surrounded by her family.

Joyce was born in Jefferson Parrish, LA on October 13, 1930 to Roy James and Blanche Shearin Whitaker.  When Joyce was 10 years old, her parents returned with their six children to their North Carolina roots, settling in the Judson Church community east of Fayetteville.  Joyce entered Sunnyside Elementary School where she developed friendships, many of those lasting a lifetime.  One of those was a young Vander boy named Robert Neal Owen whom years later would become her husband of 50 years. She was a member of the Stedman High School Class of 1950.  Growing up directly behind two older athletic competitive brothers, she often said her favorite toy was not a doll, but a ball.  She was a member of the girls basketball and softball teams during her high school years, and was ever so proud of when her beloved Stedman High School won the 1948 Cumberland County High School Girls basketball championship.  She continued to love the sport her entire life and enjoyed following the game through the Duke Blue Devils.  Her family knew never to come visit or call her when she was cheering (and attempting to coach) the Blue Devils from her Vander home.  The Owen home was a house divided when it came to college basketball.  Duke vs. Carolina.  Joyce had a rule:  You could only wear your Carolina T-shirt in her home if Carolina had beat Duke that week.

Joyce joined the congregation of Pleasant Grove Baptist church upon her marriage to Robert Neal in 1949.  She was a loyal and faithful servant serving as Sunday School teacher, GA/Acteen leader, choir member and WMU leader.  She also served in several positions in the New South River Baptist Association including GA Associational Leader and Women’s Missionary Union Director.

The family will receive friends from 10am to 12:15pm on Wednesday, July 15, 2020, at Sullivan’s Highland Funeral Service.  Her funeral will follow at 12:30pm in the chapel.  The service will conclude with a burial at Cumberland Memorial Gardens.

Joyce Owen loved beautiful flowers.  But at her request, in lieu of flowers, memorials be made to Pleasant Grove Baptist Church, 3934 Sunnyside School Road, Fayetteville, NC  28312.

To order memorial trees or send flowers to the family in memory of Joyce Owen, please visit our flower store.
Send a Sympathy Card