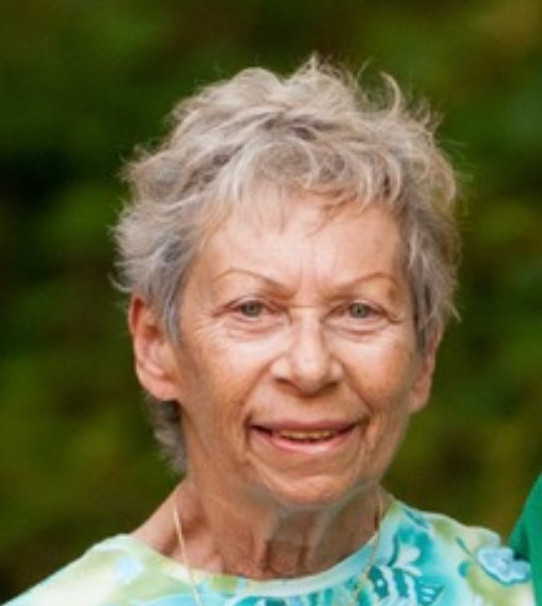 Josette Alvarez, formerly of Fayetteville, North Carolina, passed away peacefully on the 16th of September. In her last days, she was surrounded by her children and her sister.

Josette was 89 years old at the time of her death and lived all 89 years to the fullest.

She was born in New York City and spent her childhood years there with her sister Andy. She would say that they were “Thick as thieves.”
They most enjoyed going dancing at local clubs and riding on mom’s motorcycle.

Mom was a tomboy at heart. She played lots of sports including handball and softball. Her softball team gave her the nickname of
“Jo DiMaggio.”

She purchased a Harley Davidson motorcycle and traveled on weekends with friends in a club called “The Motor Maids of America.”

Josette met her husband, Sonny, in New York. She became a devoted army wife for 31 years. They were transferred to Ft. Bragg and spent the next 50 years in Fayetteville.

She enjoyed a career of her own at The Fayetteville Observer. She continued working at the Observer for several decades. She was on the softball team and bowling team among other activities.

One of mom’s favorite things to do was pack up her family and head to Myrtle Beach on the weekends or just for the day.

When Josette and Sonny retired, they hit the road in their RV and traveled the country for several years with her beloved dog, Samantha.
Our mother was fearless and up for any adventure. Her and Sonny lived life to the fullest every day of theirs lives.

Josette was a devout Christian, devoted wife and doting mother.
Despite having 6 children and a full-time job, she always made time for family. She insisted we all go to church together followed by breakfast at The NCO club on base.

Josette lost her husband of 56 years in February 2017. Soon after she moved to Tallahassee, Florida to be close to her children. We cherished every moment with her.

Josette is survived by 6 children:

Friends are invited to say good-bye at College Lakes Baptist Church on Friday the 24th of September @ 1030. Mom will be laid to rest next to Dad at Sandhills State Veterans Cemetery following the service.

In lieu of flowers, donations may be made to, Fayetteville Animal Protection Society. Where mom was a supporter and volunteer.
@fapspet.org.

To order memorial trees or send flowers to the family in memory of Josette Alvarez, please visit our flower store.
Send a Sympathy Card
Open