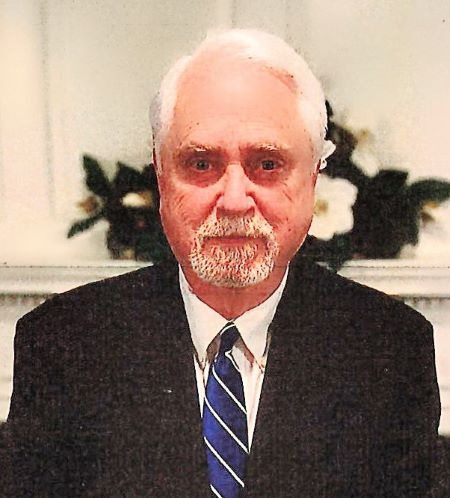 John Gregory Hood, 73, of Fayetteville died February 6, 2021 at Village Green Health and Rehabilitation.  He was born in Asheville on March 19, 1947 to the late William Hood and Miriam.

John was a faithful servant of our Lord and walked in the path of righteousness.  He was a faithful member of Highland Presbyterian Church, where he taught the John M. Wilson Bible Class for years and was in his second term of being an Elder.  He also taught Sunday School at Snyder Memorial Baptist and was noted for his remarkable knowledge of the Timeline of the Bible.

John graduated in 1965 from Lee Edwards High School in Asheville, NC.  After high school he attended East Tennessee University.  At one time he managed Bonanza Steak House in Asheville, and in Fayetteville, NC.  John worked with Williford and High, CPA.  He retired from Fayetteville Moving and Storage after working there as the Comptroller for twenty-four years.  He was a member of the Fayetteville Exchange Club and active in other civic organizations.

Among his many talents, there was woodworking.  He loved to make furniture items.  He had lots of hobbies; was an avid reader, loved fishing and hunting, and was known to even get out on the dance floor to shag with his wife Peggy.

To order memorial trees or send flowers to the family in memory of John Gregory Hood, please visit our flower store.
Send a Sympathy Card