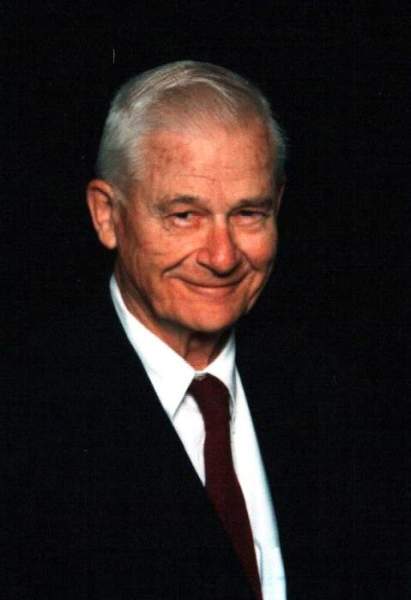 John C. Ellsworth, 90, of Fayetteville, NC passed away Wednesday, May 16, 2018 at Aldersgate Retirement Community in Charlotte.

Born on Feburary 26, 1928, he was a graduate of Holy Cross High School in New Orleans, LA, and Duke University. He served in the Army’s Second Infantry during the Korean War earning the Combat Infantry Badge and the Bronze Star.

In Fayetteville, he partnered with the late James H. Perkins to run the Lincoln Mercury Dealership. An avid Sailor, he was a founding member of the Fayetteville Power Squadron and held key positions at the local, state, and national levels. He was also a longtime member of the Rotary Club, serving as President and Treasurer.

John was an early advisor in the formation of Fayetteville’s CARE Clinic where he served as Treasurer for the first eight years.

A Celebration of Life Service will be held at Sullivan’s Highland Funeral Home at 5:00pm on Thursday, June 21, 2018. A Funeral Mass will be held at Saint Patrick’s Catholic Church in Fayetteville at 11:00am on Friday, June 22, 2018.

In lieu of flowers, donations can be made to the CARE Clinic 239 Robeson Street Fayetteville, NC 28301.

To order memorial trees or send flowers to the family in memory of John Charles Ellsworth, please visit our flower store.