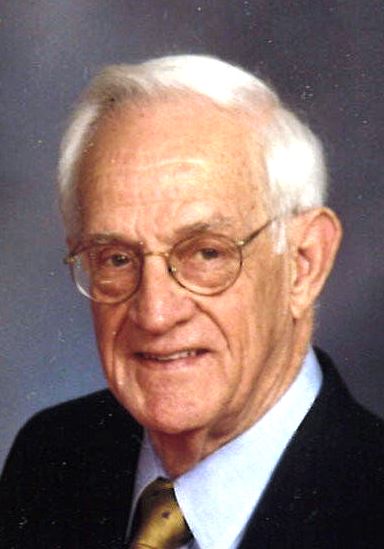 Clarence was born on Dec. 21, 1923 in Fayetteville, NC. He graduated from Fayetteville High School in 1941 and served in the US Army Air Corp in the South Pacific during WWII as a radio engineer. He worked at Hunter Brothers for over 45 years, where he retired as Vice President. He was actively involved in the Christian Businessmen’s Association and was an evangelist for Jesus Christ. Clarence was a lifelong member of Hay Street United Methodist Church and was an instrumental part of the Men’s Prayer Breakfast. He was also a Past Master of Phoenix Lodge #8 A.F. & A.M.

In lieu of flowers the family requests that donations be made to Hay Street United Methodist Church.

The family will welcome friends from 11:45am to 12:45pm on Friday, October 18, 2019, at Hay Street United Methodist Church.  The funeral service will follow at 1pm.  The service will conclude with his burial at Lafayette Memorial Park.

To order memorial trees or send flowers to the family in memory of John Clarence Owen, please visit our flower store.
Send a Sympathy Card