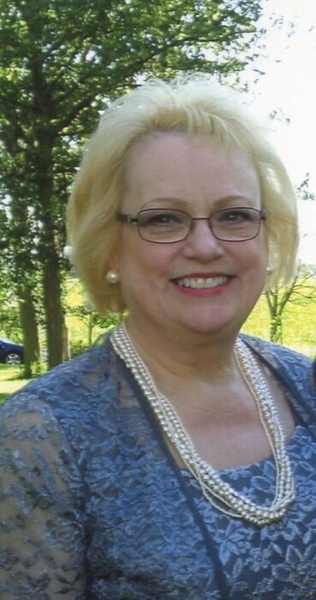 Janice Elizabeth Blaylock, 66, of Fayetteville, NC moved to heaven on April 23, 2021.  A devoted wife, loving mother, and obsessed grandmother, she successfully upgraded her status to “heavenly” after a stubborn battle of wills with both family and friends who strongly preferred she retain “earthly” status for some years further.

Janice lived her whole life in the South.  Born in Florida, she moved around with her mother Ouida, her older sister Susan, and her younger brother Stephen.  Her mother was a hard worker and often worked multiple jobs.  Jan often talked of her experiences helping run a 24-hour daycare, or the good and bad times coming up with a single mother.  She enjoyed school, and a few years after her family settled in North Carolina Jan was part of the first graduating class in the brand new Southview High School in 1973.

After high school, in the early 70s Janice Crandon was pursued by a long-haired fellow who loved wearing a Honda hat.  Douglas Blaylock had been acquainted with Jan through Hope Mills High School, though he graduated two years ahead of her.  A few years and military service overseas later he still remembered this beautiful blonde girl from school - as she did a certain hunky upperclassman football player.  Love is a funny thing, and after she insisted on certain … fashion changes … Jan and Doug embarked on what would become the love of their lifetimes.

Janice was a Southern gal through and through.  She loved cooking, though she often joked she knew little about cooking until after she was married.  Over the years she perfected a few signature recipes and dishes.  Jan loved having family and friend get-togethers, especially around holidays or special occasions, and always made sure there was more food than everyone could eat.  Everyone who knew her was inevitably well-acquainted with her potato salad, deviled eggs, or meatloaf.  If you didn’t know, well, Doug was known for jealously hoarding his wife’s choicest creations.  Especially her meatloaf.

While their boys were still young, Doug and Jan accepted Christ as their savior and became born again.  Janice’s faith was central to her lifestyle and values.  One of her favorite things to say was “The Devil’s a LIAR!”  She was always looking for ways to bless those around her and often found herself encouraging others through life’s difficulties, especially folks who were younger in their faith.

One way Jan’s faith really shone through in her life was in thoughtful gift-giving.  If you were on Jan’s radar, you undoubtedly received cards and gifts for almost every occasion.  She loved blessing those around her with gifts, cards, notes, or whatever suited any situation.

Jan was a great mother to her sons Josh and Jon.  After her boys grew up and got married, the jewel of her eye was undoubtedly her grandchildren.  Nana Jan’s love and devotion to those babies bordered on obsession!  She was the best grandmother a parent could ask even if she usually went much too far spoiling those kids.

It’s pretty impossible to fit a lifelike Jan’s into one story.  There are many things we loved and fondly remember about her that haven’t made it into this brief mention, but we hope we’ve kindled some good memories in those who knew her, and we’d love to hear about any great stories or memories from anyone reading this!

Jan is survived by her husband Douglas, her son Joshua and his wife Jennifer, her son Jonathan and his wife Misty, and all of those wonderful grandchildren – Cinthya, Mayci, Allison, Samarah, Taylor, Benjamin, and Gabriel.  Jan is also survived by her sister Susan Godfrey and her family, and perhaps by her brother Stephen Fields whose whereabouts have been unknown since shortly after their mother’s passing.

The family will continue receiving friends at the residence 116 Highgrove Court, Fayetteville, NC 28303, the rest of the day following services at the funeral home.

Services are entrusted to www.sullivanshighland.com.

To order memorial trees or send flowers to the family in memory of Janice Elizabeth Blaylock, please visit our flower store.