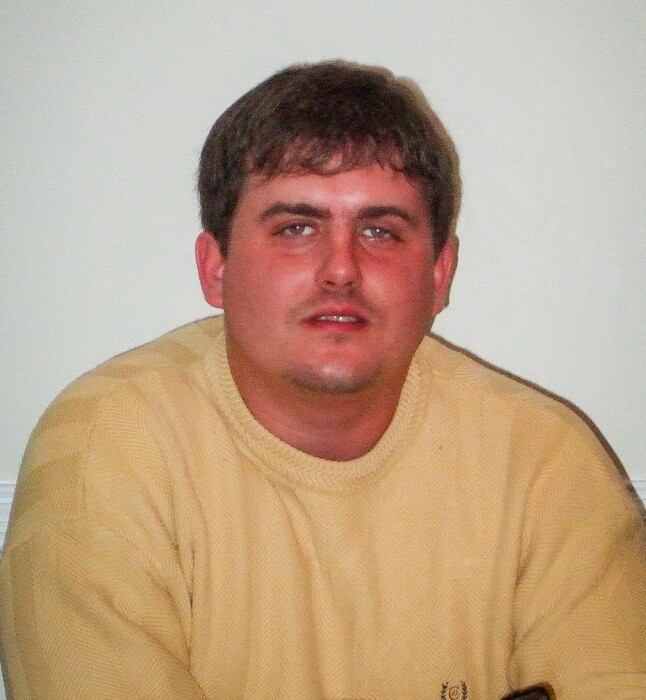 Jamison Daniel Williams, 38, of Fayetteville, NC, went home to be with the Lord on September 8th, 2020.

He was born on October 15, 1981 in Oklahoma City, Oklahoma to Jay and Sarah Williams. He grew up in Falcon, North Carolina and was a graduate of Cape Fear High School.

Jamison was an avid sports fan and was also an athlete himself, playing both baseball and football throughout his childhood and high school career. He had great determination as an athlete. Despite being undersized for an Offensive Lineman, his technique and tenacity were unparalleled. He was honored as the Offensive Lineman of the week several times throughout his high school career and he made the Mid-South All Conference Football Team his junior and senior year of high school. He was also honored with the Seymore Autry Award for Athlete of the Year at Armstrong Junior High School.

Jamison was a member of Northwood Temple Church and was involved in Royal Rangers as a child where he was honored as the District Pioneer Royal Ranger of the Year. He was a great speaker and orator throughout his life and as a child won the Civic Oration award two years in a row. He had an unbelievable and detailed memory of current events and pop culture and he was a great storyteller. He entertained his family and friends often with his stories.

Jamison was full of energy and life. He was always optimistic and excited about things. He had a passion for everything he did in life. He had many passions and eclectic interests. He was an avid comic book fan, sports enthusiast, and wrestling fan.

As an adult, he was the founder of WarZone Wrestling in Fayetteville, NC. He produced many shows in Fayetteville, NC and also wrestled himself, known to his fans as Jay Maze. Many of his wrestling events raised money for charity. He organized an event for the children at the Falcon Children’s Home at no cost and let the children meet and spend time with the wrestlers afterwards.

Jamison was a true friend to many people – he cared about his relationships and he was intentional about keeping in touch with the people he cared about. He was fiercely loyal to his friends and his family. He was a beloved son, brother, uncle, grandson and friend to many.

He is preceded in death by his grandparents, Allie and Marian Cooper and Bishop J. Floyd and Jean Williams. He is survived by his mother and father, Jay and Sarah Williams; his two sisters, Natalie Corrigan and husband, Patrick; and Allison Meder and husband, Adam; four nieces and one nephew.

A service for Jamison Williams will be held at Northwood Temple Church in Fayetteville, NC on Monday, September 14, 2020 at 1:00 p.m. The family will receive friends at 12 p.m. prior to the funeral service. He will be laid to rest at Falcon Memorial Cemetery.

To order memorial trees or send flowers to the family in memory of Jamison Daniel Williams, please visit our flower store.
Send a Sympathy Card