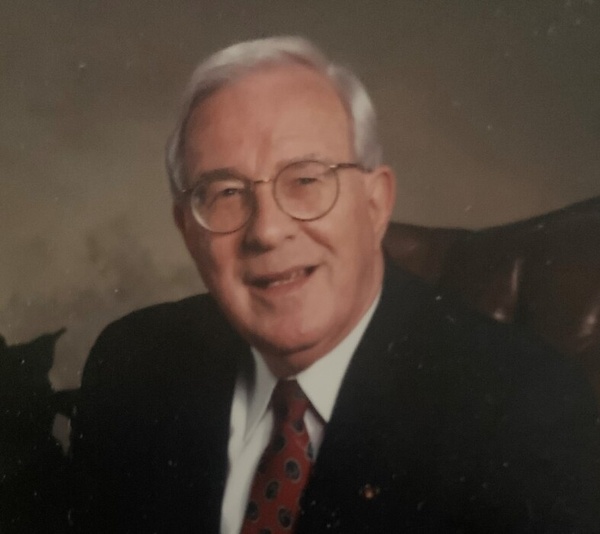 Long time educator and community leader James McNeill (Mac) Williams passed away peacefully on December 16, 2020, at the age of 88.  Mac was born in Scotland County on April 18, 1932 to the late James Curtis and Eunice Pearl McPhail Williams. They moved to Cumberland County in 1944 and it remained his home up until three years ago, when he moved into an assisted living facility in Orange County to be closer to his daughters.

Mac was a 1950 graduate and class Salutatorian of Central High School and went on to earn multiple degrees in education from East Carolina University.  He met the love of his life, Jeanette Kent Homes, in the sixth grade at Eastover School. They were childhood sweethearts and married on May 24,1953.  Mac and Jeanette were best friends and enjoyed 64 years of marriage. They established their home on Rock Hill Road in Eastover and remained there their entire married life.  Jeanette preceded him in death on June 9, 2017.

Mr. Mac, as many called him, is best known for his long career in education with the Cumberland County Schools spanning 39 years.  He began as a teacher in 1953 at Linden High School. His position there was interrupted when he was called to active military duty for two years.  Upon his return, he became a principal in 1956 and in 1962 he moved to the central office. He held various supervisory positions there and was appointed Assistant Superintendent of Personnel in 1968 and Associate Superintendent in 1980.  He served in this capacity until his retirement in 1992.  In 1993 the school board voted to name a new middle school after him. After retiring Mac worked for five years as Director of Corporate and Foundation Relations at Campbell University. In November of 2000 he joined the Cumberland County School Board and served for 10 years.

Mac was a member of Bluff Presbyterian Church where he taught a Sunday school class for 50 years.  He was also a Deacon and Ruling Elder and was a member of the Coastal Carolina Presbytery Council.  He was a member of the Eastover Civic Club and was an active participant in the struggle to get Eastover legally incorporated as a town. He sat on the Salvation Army Board of Directors and for many years served as the President of the Board of Directors for the Averasboro Battlefield. In 2008 Governor Mike Easley presented  him with The Order of the Long Leaf Pine. It is the highest honor a governor can bestow. It  was to recognize Mac’s civic services and many years of church, educational, and community involvement.

Mac enjoyed people and had an amazing number of dear friends that he cherished until the end.  Mary and Anna want to extend a special thank you to all who visited him, called and sent him cards and gifts when he moved to assisted living.  It was so humbling to him that he was not forgotten when he had to leave his beloved Fayetteville/Eastover community.

A private burial will be at Old Bluff Presbyterian Church cemetery and a service will be held, at a later date, when it is safe for all of his many friends and family members to gather to celebrate his extraordinary life.

To order memorial trees or send flowers to the family in memory of James McNeill (Mac) Williams, please visit our flower store.