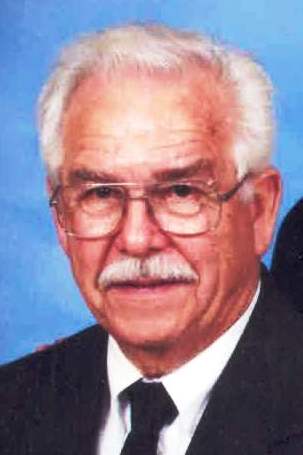 Herman Lee Troutman Sr. passed away on 10 Mar in Fayetteville, NC.  Herman was born on 22 June, 1931 in China Grove, NC, and he attended Landis High School.  He ultimately retired as the Building Superintendent of Rowan Co. school system, and he was well known in Landis, China Grove, Kannapolis, and surrounding areas, as a brick and stone layer with an attention to detail and a passion for building that his father Harold Obediah Troutman, instilled in him.  He was a Shriner, Free Mason, NASCAR, and Winston Cup enthusiast, sportsman, and a Veteran of the Korean War.

During his involvement with the Korean War (1952-53 timeframe) he served as a quad 40 gunner technician in Korea, until his Company Commander discovered that he could lay brick, and it was then, that he was farmed out to various locations in Korea to build living quarters and mess hall facilities, that ultimately improved morale and living conditions for the men he served with.   He was the type of man that took pride in his work, every step of the way, and that pride included hardship days spent in Korea, with a rifle and a trial in his hand.

He projected a free spirit, and he had a passion for living and raced cars at an early age, was a fan of NASCAR and Winston Cup racing, and he had been known to run moonshine out of the mountains neighboring Wilkesboro NC.  He was a man’s man, lived by principle, protected what belong to him, and instilled values, and hard work ethics to his family and friends that knew him best.  He was a true blue, fight for what you believe in “American” that lived his life with pride and dignity, and his word meant something to him, and his family.  “Ask no man for what you can provide for yourself, be on time every time, and lend but don’t take, was what he instilled in us.”  His beliefs live on in his family.  He was trustworthy, loved attending church and singing in the choir, while Barbara played the piano (over 50 years), and he treated everyone in his path with dignity and respect.

Herman Troutman took pride in his craftsmanship in the building trade.  He was a man that could build any structure with just a framing square, hammer, saw, nails, level, brick/block and mortar mix.  He had a keen eye for structure stability, and his level always stayed true, and it was with this perfection, that his reputation spread in Rowan Co., and surrounding counties.

Herman Troutman worked for various construction outfits in Rowan and Cabarrus counties.  He served as a job site foreman and building supervisor with D.C. Linn Construction during the 1970’s, Crescent Construction 1980’s, and he owned and operated Troutman Construction Co. during the 1940’s-1960’s with his father.  His expertise as a brick mason lives on in Kannapolis, Concord, and China Grove, as he and his father (Harold) were involved with laying brick on the original Cannon Mills buildings when the textiles industry was booming in Kannapolis, during the mid-to-late 1940’s, that continued to gain momentum through the 1970’s.

On 30 December 1950, Herman married Barbara Joyce Neal of Spartanburg, SC. Their marriage was a devotion of love and a celebration of life that spanned 68 years.  They raised two children, and they included: Deborah (Debby) Sue Troutman McLeod (deceased); and a son, Herman Lee Troutman Jr.  Herman’s son Lee also served in the U.S. military, and retired on active duty at Fort Bragg, NC (2006).

He had a passion for singing in the church choir, fishing, and quality of life events, that involved good times and great meals.  He loved to sing spiritual music, while Barbara played the piano.  He believed in God, and he served his country with distinction.  Herman loved to run the N.C. waterway and offshore fishing destinations, while in pursuit of flounder, red drum, mahi mahi, trout, and various crustaceans, that supplement a quality family meal shared by family and friends.  Sharing food and laughter, made family gatherings special and satisfying to him, and to his family.

He had a hardy laugh, a zest for life, and an infectious smile.  Herman Troutman represents a dying breed in this world.  He lived by a code that included, never ask another man for anything, if you are capable of providing it for yourself.  If you don’t have something you need today, then earn it tomorrow.  He died with no credit cards in his wallet, as he didn’t believe in credit, and he left no debt behind for his family to deal with.  He lived on this earth by example.

To order memorial trees or send flowers to the family in memory of Herman Lee Troutman, Sr., please visit our flower store.
Send a Sympathy Card