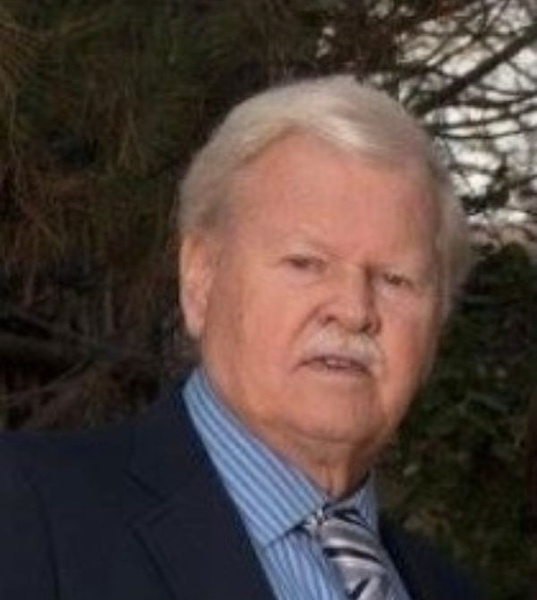 Mr. Harold Ray Draughon, Sr., 75, of Eastover, went to be with the Lord peacefully on December 19, 2021.
He was born to the late Elmer and Madeline Draughon, July 28, 1946, in Eastover, North Carolina. Ray grew up on the family farm with his three brothers and was no stranger to hard work.
Ray graduated in 1965 from Central High School where he was an outstanding basketball player and met his high school sweetheart. Ray was married to the love of his life, Betty Draughon, for 54 years until she passed in 2019. Betty and Ray built their business Draughon’s Supermarket in Stedman, NC and spent 40 years working together and enjoyed all the customers and people they met over the years. They were greatly missed when they retired and closed the store in 2012.
Ray loved spending time with his children and grandchildren and will most certainly be missed by all his family. He loved talking with his friends or brothers and just reflecting on the good times. He especially enjoyed working in the yard or just sitting in the swing and enjoying a beautiful day. He was an avid Yankees fan and enjoyed watching a good baseball game.
Ray was preceded in death by his wife, Betty, in 2019, and by his son, Harold Ray Draughon, Jr., in 2018.
Ray is survived by his two children, Randy Draughon and wife, Kelly, of Fayetteville and Angela Packer and husband, Neil, of Eastover; five grandchildren, Chelsie Jordan (David) of Apex, Peyton Draughon of Atlanta, Ga, Kendal and Kaygan Draughon of Fayetteville, and Zeb Packer of Eastover; one great-grandson, James Jordan, that would light up his heart at every visit; three brothers, William Draughon (Sue), David Draughon (Judy), and Sammy Draughon, all of Eastover; and lots of nieces and nephews that were very dear to his heart.
A Memorial Service will be held on Thursday, December 23, 2021, at 12 noon at Sullivan’s Highland Funeral Service Chapel with Rev. Tommy Honeycutt presiding. The family will receive friends prior to the service from 11 am to noon at the funeral home.
In lieu of flowers, memorials may be made to the Second Harvest Food Bank of Southeast North Carolina.

To order memorial trees or send flowers to the family in memory of Harold Ray Draughon, Sr., please visit our flower store.