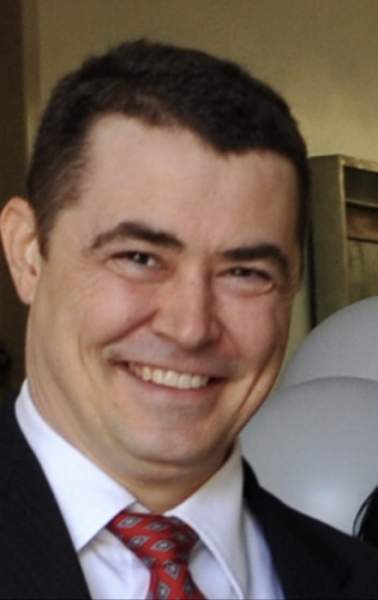 FAYETTEVILLE—Glenn Edgar “Ed” Hair, Jr., the son of Eleanor Hair Weaver and the late Glenn Edgar Hair, passed away peacefully on Sunday, June 2 at UNC-Chapel Hill after a prolonged illness.

Ed was born in Fayetteville on Christmas Day 1970. He attended the Fayetteville Academy during elementary and middle schools, and graduated from Terry Sanford High School in 1990. After graduation, he studied psychology at Lewisburg College and VCU. Ed developed an interest in broadcasting during high school while working as a DJ in Spring Lake. He continued in radio broadcasting after he graduated, working at WFLB in Fayetteville and 3WV in Charlottesville, VA under the broadcast names Cruz Dallas and Dutch Holland. He enjoyed scuba diving and moved to Florida in 2010 to work as a diving instructor. In 2014, Ed moved to Denver Colorado to join the hospitality industry.

In addition to his family and friends, Ed’s passions included radio, diving, writing, the Rocky Mountains, and his Rottweiler, Patronus.

Services will be held in the Chapel at Snyder Memorial Baptist Church on Saturday, June 8, at 12 noon. Family visitation will  occur in the Gathering Hall at 11 am prior to the service.

The family would like to express our deepest gratitude for the compassion and care provided by Ed’s physicians in Fayetteville, Drs. Richard Serrano and Anthony Daniels; and his care team at UNC-Chapel Hill, led by Dr. Catherine Coombs and Dr. Thomas Shea.

In lieu of flowers, the family asks that donations be made to the UNC-Cancer Center, 101 Manning Drive, Chapel Hill, NC 27514; or to Fayetteville Animal Protection Society, 3927 Bragg Blvd, Fayetteville, NC, 28303.

To order memorial trees or send flowers to the family in memory of Glenn Edgar "Ed" Hair, Jr., please visit our flower store.