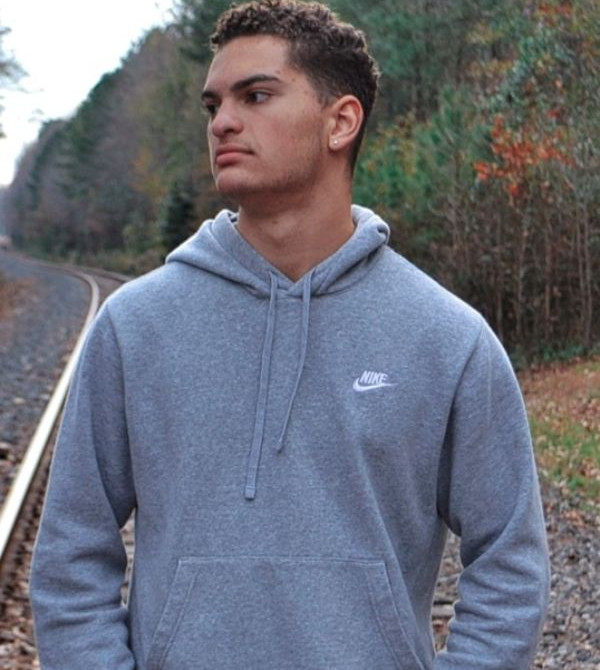 We can only assume that GOD needed another angel. In the quiet of night between 7 & 8 September 2021, GOD took Gavin from our earthly world.

Gavin entered this world through Miami, FL on 6 October 2003, weighing just over five pounds. He was so small and frail; his mother was almost afraid to pick him up or change his diapers. Over the years, Gavin grew to a towering 6’3” and dedicated himself in the gym to become built like a professional body builder. His large physical size paled in comparison to the size of his heart. Everyone who knew Gavin could feel his genuine goodness through the positivity, motivation, and encouragement he shared. Gavin always had so much love for his family and friends and was never shy about hugging or saying, “I love you”.

As a military dependent, Gavin lived in Florida, Virginia, Texas, Maryland, Ohio, and North Carolina. In addition to the military moves, he also traveled abroad with his family. Everywhere he went, he made it a point to meet new people and bring people together. Gavin had a way about him that made people happy in his presence and his smile could turn a dark day into the brightest.

Gavin was an avid Xbox gamer and used it to keep contact with old friends and meet new ones. In addition to Xbox, Gavin loved to binge watch television series with his dad. When he was not on the Xbox or watching TV, he was listening to music and spent much of his free time in the gym. Everywhere he went, Gavin had his gallon size water jug in his hand and his headphones in his ears. He was passionate about family, friends, fitness, and music. He seemed to know the perfect balance of time to dedicate to his family, his friends, or himself to make everyone feel equally important to him. Gavin loved life and encouraged everyone around him to live their best life.

Gavin loved science and was fascinated by the human body. He aspired to be a nurse and was enrolled in a sports medicine class to begin that pursuit. He was so passionate about that curriculum and the fulfillment that comes with serving others.

At a very young age, Gavin expressed the desire to serve others. He wanted to serve as either a pilot in the Air Force or a nurse in the Army. Gavin had recently begun pursuing his private pilot’s license and was so excited about becoming an aircraft pilot. He had flown cross country, at night, and had completed his first solo flight. On the night of his passing, we believe GOD called on him asking him to exchange his airplane wings for guardian angel wings. We have no doubt he will help all of heaven’s newest angels learn to fly.

Gavin was wise beyond his years and shared some of his insight in a school assignment. In this assignment, he wrote about his view of the recent death of his dog. Gavin explained that he believed death was a temporary absence, like not seeing relatives for a very long time. He believes we will all see each other again so, “Death is not goodbye”.

Gavin is survived by his father, Alexander; mother, Angela; his brothers Caleb and Kashawn; his sister Khadijah; his paternal grandparents, Gerard and Gregoria Valcin; his maternal grandparents, Jim and Gloria Schilling; and a long list of relatives and friends that will miss him dearly.

Gavin had an incredibly bright future with big plans to become the best version of himself. His family will host a celebration of his life on 25 September 2021 at his home in Fayetteville, NC. His family will provide details about his life celebration directly to his friends and family members.

To order memorial trees or send flowers to the family in memory of Gavin G. Valcin, please visit our flower store.
Send a Sympathy Card